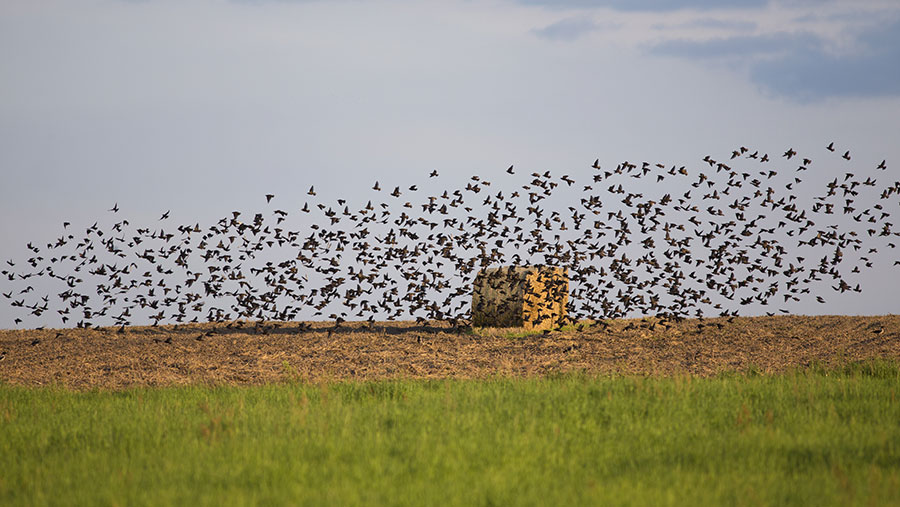 I’ll confess, I’m not much of a linguist, but rather than admit my own schoolboy failings for this tongue-tied inadequacy, I prefer to blame Mademoiselle Martin, who tried to teach me French at Clacton Grammar.

These lessons seemed to mainly comprise us singing French songs with little or no  idea what we were actually singing.

Despite the distraction of Mlle Martin, one of those songs miraculously lodged in my brain. It went: Aloutte, gentille alouette – alouette, je te plumerai.

In an idle moment, I recently researched these lines that I must have cluelessly sung a thousand times to uncover a surprising little ditty all about plucking a skylark from head to tail.

See also: Vertical farming is pie-in-the-sky for most crops

No doubt such songs have now been banned from our schools by the vegan wing of the RSPB.

Further internet investigation of the term alouette revealed a French farmer passion for skylark shooting, to the point you could buy skylark decoys to lure the little songsters towards a shotgun to be blasted into ready-made pâté.

And if the French countryside is getting a little short of skylarks, there are French websites that offer organised lark shooting weekends in Romania.

While British farmers are being asked to justify their right to produce food in the face of the ravages of pigeons and crows, just across the channel, the dawn chorus is being laid waste by a battery of guns for no good reason other than sport

As we know on this side of the channel, such birds are protected as if they were the crown jewels, and quite right too.

As Vaughan-Williams captured in his seminal violin concerto, there is nothing sweeter than the sound of The Lark Ascending.

There is no good reason why it should become The Lark Suddenly Descending by adding  percussion from the  blasts of a douze-bore (that being French for a twelve-bore).

Meanwhile, in a seemingly parallel universe, there is a bit of a debate going on at the moment as to whether farmers in Britain should be allowed to shoot pigeons and crows in order to protect their crops and livestock.

For any practical farmer, it seems too obvious for words why this established right to protect food supplies from pests should be maintained.

This is especially so when you consider both species number in the millions and have expanded rapidly in recent decades, causing increasing damage.

What really sticks in the craw is that while British farmers are being asked to justify their right to produce food in the face of the ravages of pigeons and crows, just across the channel, the dawn chorus is being laid waste by a battery of guns for no good reason other than sport.

To add insult to injury, while the skylark slaughterers on continental farms will continue to receive farm support through the CAP, their English counterparts get lectures on causing skylark decline and are then told food production is no longer a public good.

Like most British farmers, I’m only too happy to accept my responsibilities when it comes to improved wildlife conservation.

All I ask in return is for some acknowledgement that my record is, in international terms, a good one.

Furthermore, I don’t need so much as the possible threat of being asked to fill in pointless forms about why I need to control pigeons and crows when I could be doing something useful like producing food.