We have come to the point of a stressful rite of passage for many country families – an offspring is learning to drive.

Given the absence of good public transport here, the ability to drive and access to a vehicle is as important to the independence of the young as it is to the elderly. So, learning to drive is a necessity. 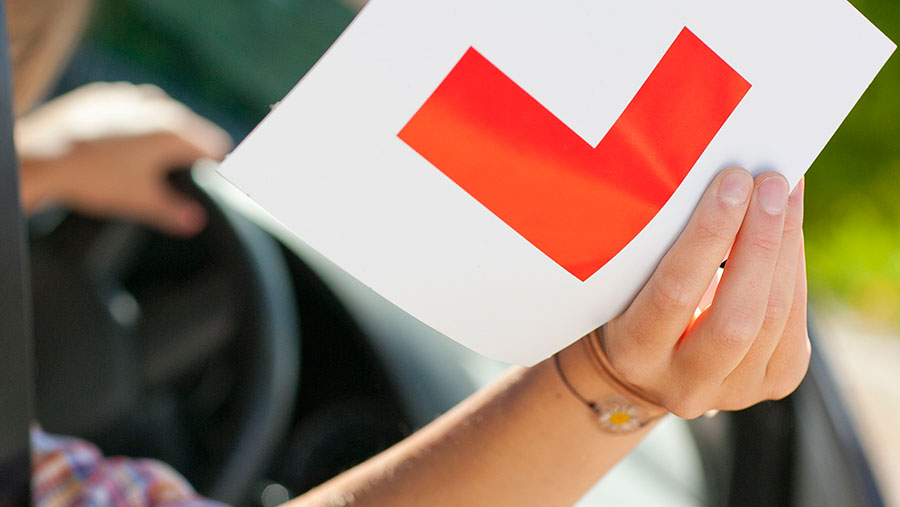 Of course there are young people on farms who learned to drive aged eight and are already junior rally champions by their 17th birthday. Our children were not in this group. They did know how to drive quad bikes, but cars are not quite the same.

Part of the parental stress is caused by the associated costs. Two years ago, we were quoted £1,000 extra to add our daughter to our car insurance as a learner driver, so that didn’t happen.

She passed her test having had multiple lessons and no other practice. This wasn’t ideal, but still cheaper than the alternative.

She subsequently acquired a very old, small car fitted with a black box and insured for the bargain annual fee of about 50% of the car’s purchase price.

This is the vehicle that her brother is also now insured to drive as a learner, for an additional £400 or so. Apparently, this fee will increase exponentially in the event of him passing his test.

Our son is having lessons with an instructor, who picks him up at school. He says it is much easier driving in town than at home. At first I found this hard to believe. After all, there is all that traffic, aggressive drivers, traffic lights, roundabouts, pedestrians and buses that you don’t see round here.

However, there are also fewer hazards such as lambs, sheep, cows, deer, horses, roadkill, all-the-gear-no-idea cyclists, tanks, armoured cars, army trucks, military personnel generally, potholes and single-track roads with infrequent passing places, which you may have to reverse into if you meet an oncoming vehicle.

All of these can be quite challenging for a beginner, particularly with a parent bellowing “What do you think you’re doing?” every few minutes.

Perhaps the reality is that it is easier learning to drive with a professional driving instructor with no family members anywhere near.

We were perturbed by the news that the driving test is being revised to include the use of sat-nav as we do not have it on any of our vehicles. One might find this surprising, given Jake’s lack of any sense of direction.

However, he has been put off by the fact that delivery drivers trying to reach us using sat-nav tend to end up in the wrong place.

This is usually at our neighbour’s (in the same postcode, but 3 miles away), stuck on a nearby track which is not really a proper road or even on the other side of the firing range altogether. Why pay for something that will direct you to the wrong place?

Jake is also strangely unembarrassed about asking for directions if he is lost, unlike his passengers. He has always got to the right place in the end, even if some people have been unable to help or, like that strong cider drinker he approached in Blyth, unable to say anything intelligible at all.

The new driving test will be introduced in December, so our son will attempt to have passed by then.

I am looking forward to a long, tetchy summer practising hill starts.

I would appeal to other motorists to beware and be patient.