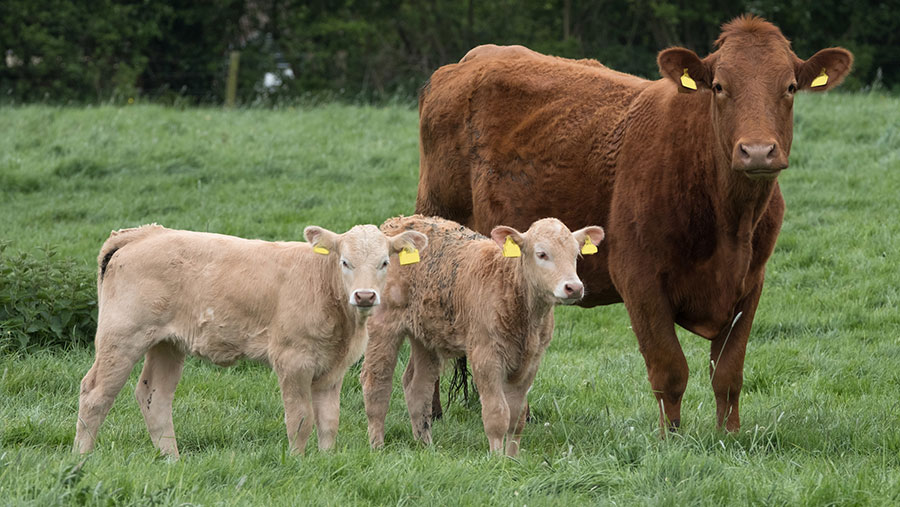 In a recent speech to the World Angus Forum, Gavin Hill of Scotland’s Rural College insulted the intelligence of British suckler cow producers by telling them they needed to understand how to calculate their total costs of production.

Does he not realise, if they did as he suggested and drew up spreadsheets showing their gross margins against their fixed and variable costs, the results would be so alarming they’d all give up beef farming tomorrow?

Surely, Mr Hill, much better to simply bury our heads in the sand, keep on turning the bull out with the cows, throw in the BPS money, and hope after we’ve paid the rent and/or the mortgage and all the other farm costs, we are left with a few quid in our pocket at the end of each year?

No rational business person would have continued to keep suckler cows since 2005 when beef cattle headage payments were withdrawn.

Mr Hill says these headage payments only made beef enterprises “look profitable”, but he is mistaken.

Coupled subsidies made beef farming profitable in the true sense of the word.

The subsidy receipts were conditional upon keeping cattle.

If you kept no cattle you received no payments.

It was perfectly sound thinking on the farmer’s part to include the beef headage payments within the gross margin of their beef production.

Since 2005, of course, suckler cows have been a financial disaster (I keep 40 pedigree Sussex cows).

The annual AHDB-funded Eblex Business Pointers survey has shown consistent losses for suckler cows (often running into hundreds of pounds a cow a year) if unpaid family labour is included in the costings.

So why, then, have suckler cow numbers held up so well given the sector has been losing money for 12 years?

Ironically, the key to the numerical stability of the national herd (at about 750,000 head) is the small size of the average UK suckler herd, which remains stuck at 28 cows with no sign of any increase.

The reason for this average low herd size is that a small herd does not require any third-party labour if the farmer and his family are prepared to do the work themselves.

Without any paid labour charged to the enterprise, a few cows are not going to lose anyone much money in hard cash terms whatever the Eblex figures say.

So the British suckler herd sector will continue to baffle academics such as Mr Hill.

He rails against the cattle “show ring” which he says can lead breeds “often in the wrong direction” without realising some cherished pedigree beef breed characteristics (such as hardiness, easy calving or even more aesthetic judgments such as coat colour, traditional fat cover or head shape) will not always conform to the supermarket-driven-slaughterhouse-grid-classification requirement (and three cheers to that if we want to maintain good eating quality for beef in the future).

Similarly, he cautions against extended beef herd calving periods without presumably understanding a farmer’s reluctance to cull a healthy, reliable, easy-calving cow that might come from a particularly cherished bloodline just because she took a few extra weeks to get in calf.

Mr Hill is therefore misguided in being upbeat when he says in Scotland there is a gradual movement to larger suckler herds with “50% of Scottish cows” now “on 14% of farms”.

The best hope for British suckler beef beyond 2022 (when Mr Hill predicts there will be a more uncertain subsidy landscape) is not that production falls into the hands of a few large-scale producers.

If British suckler beef has a future it lays with small-scale herds kept by vocational family farms who show little regard for lectures on the economics of beef production from academics.