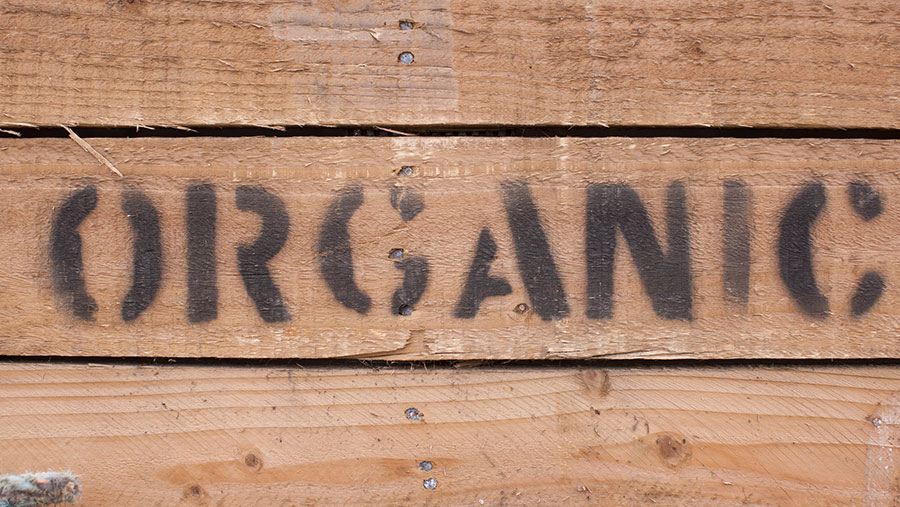 In civil war, it’s the familiarity between the factions that drives them to excesses. In sport, derby matches are the most fractious; sibling rivalries the most fierce. And so it is with the organic sector’s approach to its conventional farming brethren.

Elements of the organic community have always been a bit, well, shouty. But as a recent convert to Twitter, I’m shocked by the tone and content of many of the tweets and press releases that come from the sector – including the official bodies – and their aggressive and misleading denunciation of conventional farmers. They depict us as “in cahoots” with “Big Chemical” in a bafflingly ambitious conspiracy to poison soil, water, wildlife and consumer.

Like most, I have no issue with organic farming; it’s just another system in the tapestry of production. But I take exception to the zero-sum, scorched earth policy many in organics are pursuing.

In 2016, organic food and drink sales totalled £2.1bn in the UK – around 1.5% of the total market. As such, the sector has only just recovered to its pre-2008 level – an indication of the discretionary nature of organic spending.

It is, essentially, a niche lifestyle choice for the predominantly upper-middle class. Buying organic is like buying a fancy, celebrity-endorsed coffee machine rather than a kettle and some instant; both produce the same product of the same nutritional value – just at a differing price. Some might even label organic production in the developed world as self-indulgent, as we grow less than we are capable of, while people elsewhere – many without access to modern inputs – go without.

For there is no conclusive scientific evidence that organic food is safer or healthier. A 2012 systematic review and meta-analysis of 237 organic studies by Stanford University concluded that “the evidence does not suggest marked health benefits from consuming organic versus conventional foods”. Thus, in the absence of scientific evidence, an illusory future “pesticide cocktail” health catastrophe is predicted by the organic lobby.

Another pillar of the misinformation campaign is that organic animal welfare is superior to conventional. This is an insult to stock farmers across the country, who sweat blood for their animals’ wellbeing, but whose systems of production are lazily and meaninglessly labelled as “factory” and “industrial” in nature.

The Soil Association website features celebrities criticising the routine use of growth hormones in conventional production – a practice actually banned in the UK. In common with organic farmers, I too use antibiotics only “where necessary”.

We cannot all farm organically; the market barely sustains the 2.9% of UK land thus engaged. And could organic, with 20-30% lower average yields, feed a global population of 7.6 billion? Not unless, perhaps, global veganism became compulsory. So why the constant attacks?

Wouldn’t it have been better if Cain and Abel, farmers both, had pooled their talents and worked together to create a better world than Cain was able to do alone?

With UK agriculture threatened by unregulated, low-quality, low-welfare imports post-Brexit, wouldn’t the organic lobby be better served working in concert with its bigger brother in promoting quality British produce rather than constantly attempting to terrify the consumer as to the safety of 98.5% of their food?

As proud UK food producers, don’t we have more in common than divides us?