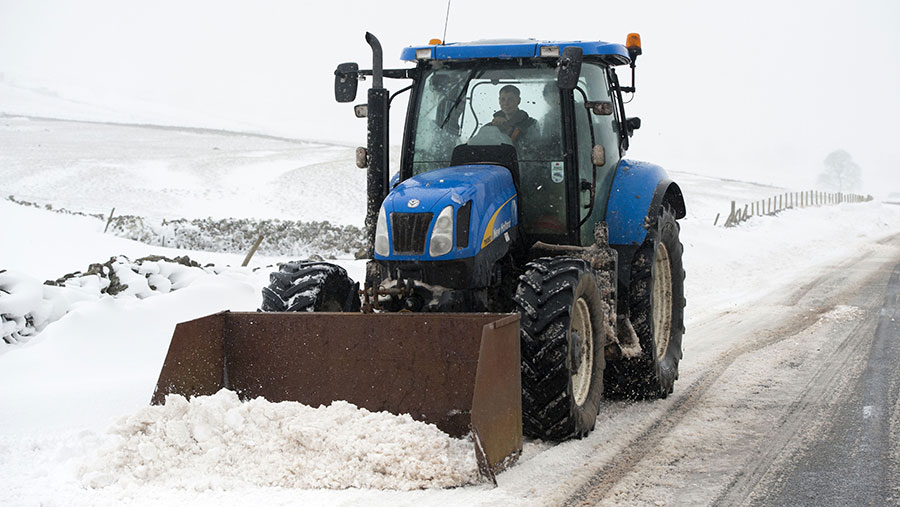 Gove’s charm, intellect and agility as a wordsmith are refreshing. However, his chameleon-like ability to make all quarters feel they have his backing is a little unnerving.

To a throng of media followers, Mr Gove announced the basic payment system has been granted a stay of execution. What does that mean?

Well, if you were to believe the UK media less sympathetic towards farming, it means a few more years of being paid to do anything we like, while apparently not delivering any value to the British people.

Post 2024 all will change, and any support must be underpinned by the delivery of “public good”.

‘Farming for the future’

We will be rewarded for “farming for the future”. Looking after soils, providing environmental delivery, providing public access and maintaining landscapes. Other considerations will hopefully reflect farming’s potential contribution to education, health and well-being.

But I still believe we are too narrow in our definitions of public good. There is so much more farmers could offer society and be remunerated for.

As an example, the recent cold weather reminds us of our country’s inability to cope with snow and ice. My Canadian wife finds Britain’s ineptitude when temperatures drop below zero mildly amusing. In Ontario it is currently -40C and the Niagara Falls have frozen over, yet the Canadians get on with their daily lives.

In Hertfordshire, we had a light flurry of snow, yet councils relented to grit or plough snow. Roads were treacherous, schools and businesses closed and hundreds of thousands of pounds were wasted in lost productivity.

Under the current subsidy system, farmers are closely monitored and held to account by the Rural Payments Agency for cross-compliance obligations.

So why is it acceptable to pay local authorities thousands of pounds in council tax for things such as looking after highways, and yet no one is held to account for the unacceptable condition of B roads, unkempt verges, blocked storm drains, and trees and hedges overhanging and obstructing the highways?

In the world that existed pre the 2008 banking crisis, a council appointee would monitor all of these things. They even supplied us with snow ploughs so that we could keep our designated stretch of roads clear.
This no longer happens, but could be rethought.

Parish or community needs could be aligned with farmers’ ability to deliver. Local authorities could be encouraged to use farmers in the same way the army uses the reservists.

Trained and properly co-ordinated, farmers, along with their machines, could become valuable community assets; a way of bolstering resources in times of need. Moreover, it would make farmers more visible for delivering public goods.

Last week’s announcement by Mr Gove has given farmers two extra years to prepare for Brexit. And prepare you should because change will happen.

As an industry, we need to be much more forward thinking in how we gain greater recognition for the public good that we deliver.

We need to raise awareness of our existing contribution to the UK’s natural capital and leverage the goodwill to build a stronger brand for British agriculture.

Like it or not, the Gove administration is determined to turn farmers who are addicted to Pillar 1 payments into pillars of their communities.