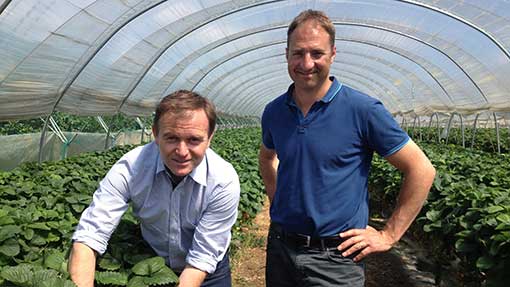 Soaring temperatures brought the crowds flocking to farms in search of an insight into modern agriculture at this year’s Open Farm Sunday event.

Thousands of members of the public spent Sunday (8 June) enjoying the warm sunshine and carnival atmosphere at farm venues in England, Scotland and Wales to learn about food, farming and the countryside.

Dozens of photos of farm visits were posted on social media sites including Twitter and Facebook, as well as “selfies” – self-portrait photos taken on farm – accompanied by the hashtag #OFSelfie on Twitter.

Tuesley Farm was one of 376 farms that welcomed visitors for the annual nationwide event – now in its ninth year – organised by sustainable farming group Linking Environment and Farming (Leaf).

Founded in 1996, HHP is now the biggest blueberry grower in the UK and a leading provider of strawberries, raspberries and blackberries to retailers, including M&S, Co-operative, Tesco and Waitrose.

Up to 250 sun-drenched visitors to Tuesley Farm near Godalming, including farm minister George Eustice and Leaf chief executive Caroline Drummond, were given a close-up look at how crops are grown in fields rich in biodiversity.

During a farm tour, HHP director Harry Hall explained how the biodiversity around the outside of fields – the hedgerows, beetle banks and field margins – provided a habitat for beneficial insects to help control pests such as aphids in the crop.

Read also: How Open Farm Sunday can boost your business

AT Tuesley Farm, strawberries and blueberries are available from April until December, while other fruits mature in the key summer months.

Varieties are carefully chosen and grown to ensure they are top quality for customers to eat all summer long. Plants are propagated and nurtured under polytunnels for at least part of the growing season.

This has provided the ideal growing environment to protect crops from frost and rain damage and enabled the farm to reduce pesticide usage by about 60%.

This method of growing helps the farm manage when crops are ready for market, while maintaining a continuity of supply for customers.

To provide water security, the farm has built two reservoirs with borehole back up for irrigation, which has increased the farm’s total water capacity to 60m gallons.

Mr Hall said: “Last year, this farm produced more than 500t of blueberries, which is more than 30% of the total UK blueberry production of 1,500t.

“We start planting from about 10 May to 10 June and we grow it through until the end of October and then we will put it in a cold store or straight into a production field, which will be on another farm, or the glasshouses.

“On this farm, we have got limited use of tunnels, so instead of tunnel crops we have done propagation and blueberries, which will be outside. It’s worked very well for us – it’s a really good blend.”

Tuesley Farm employs up to 50 people during the winter, but numbers increase to about 275 during the busy summer harvesting months.

The vast majority of the workforce is made up of eastern European immigrants, mainly from Bulgaria, Romania and Poland, who live and work on the site.

Mr Hall said the recent loss of the Seasonal Agricultural Workforce Scheme (SAWS) , which supplied a steady flow of eastern European seasonal workers to his farm, was so far not having a big effect on recruitment.

But while the costs of production and labour are increasing, the farm could not afford to be complacent and was working hard on better crop systems to become more productive.

“We’ve really got to grow crops that are easier to pick and people can pick more kilos an hour,” he added. “That’s our challenge and what we need to do to meet potential pressure on labour in the future.”

Like so many fruit farms, the farm struggles to attract British workers, despite an estimated unemployment rate of 2.2 million in the UK.

“Our model is to try to recruit a picker and ultimately train someone to become a farm manager, which takes roughly seven to eight years,” he said.

“In terms of people’s psyche, starting from seed or plant, all the way through to picking a crop gives you a tremendous amount of satisfaction.

“If you are in a career where you are creating something, particularly for the environment, you can get a lot out of it.

“The opportunities are massive if you are willing to work hard, are bright and honest and have a passion for berries – there’s every opportunity for you.”

To teach people more about food and farming, Mr Hall suggested “compulsory farm visits” twice a year for schoolchildren – once in the summer for berries and once in the winter for vegetables.

“I think knowing how food is produced is an essential part of a people’s education,” he said.

“We have about 15 school visits each year and hold gardening clubs. Every school visit we have is a massively positive experience.”

Leaf chief executive Caroline Drummond said: “At Tuesley Farm, visitors have been looking at the picking, the growing medium, the health of the crops, right through to taking part in pollinator surveys.

“What’s great about this farm is its use of bees for pollination, which are absolutely critical to the blueberry market.

“Open Farm Sunday is a great opportunity for people to really get to grips with the story behind their food, especially when there are increasing obesity levels and a growing disconnect and understanding about the countryside.” 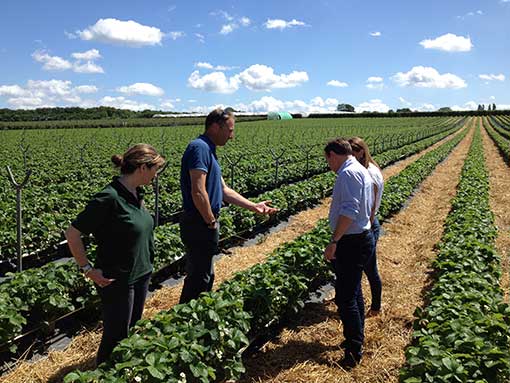 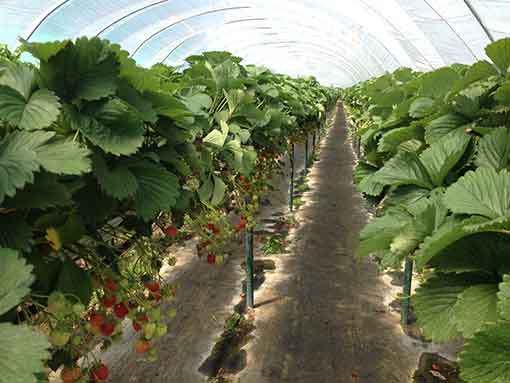 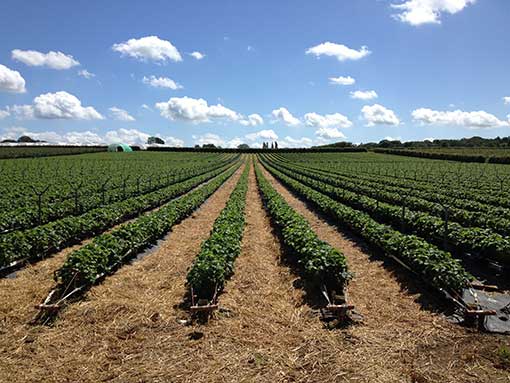 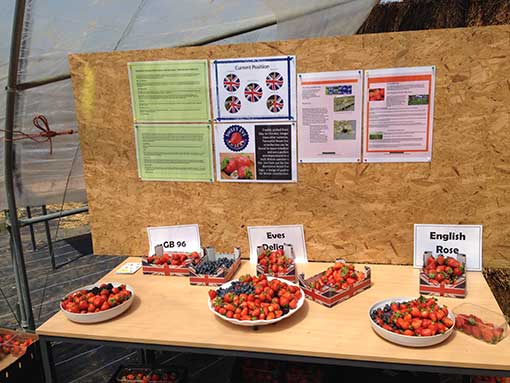 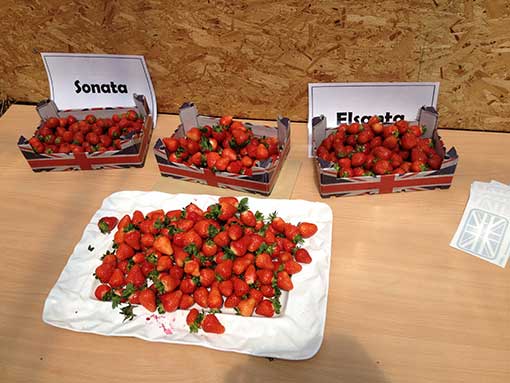 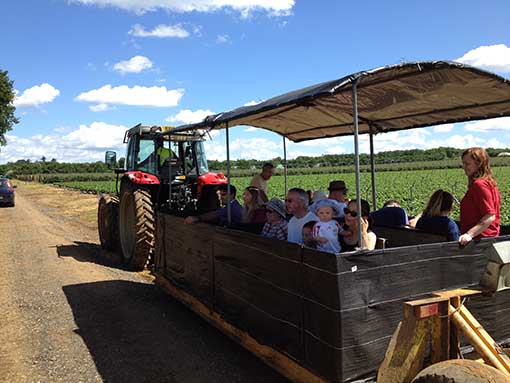