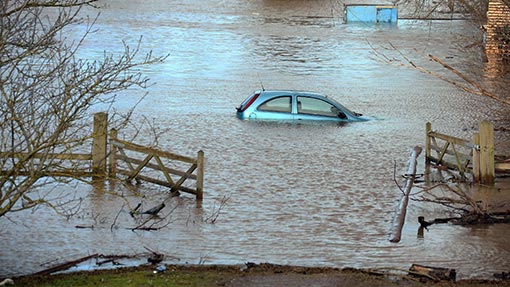 Farmers who were affected by the recent winter floods can now apply for grants of up to £35,000 to help get them back into business.

Under phase two of the Farming Recovery Fund, farmers can apply for larger grants aimed to help get their land back into production.

DEFRA has already been taking bids for grants of up to £5,000 as part of phase one of the £10m scheme, which was announced in February.

But it has kept money in reserve for the worst-affected farmers who needed longer to assess the extent of flood damage once the land had dried out.

Farmers who have already applied for the first grant can also apply for the second, larger grant, up to a collective total of £35,000.

“We want to see those farmers affected by flooding get back to business as soon as possible.”

“We have simplified the application process, making it quicker and easier for farmers in need of support to receive up to £35,000 to get their land back into production.”

Mr Paterson announced plans to increase the fund during a visit to a flood-affected farm on the Somerset Levels earlier this month.

DEFRA is also making it easier for flood-hit farmers to apply for funds.

It has scrapped the need for three quotes for a number of commonly requested items, such as grass seed and fencing, and a list of maximum guide prices will be used instead.

NFU president Meurig Raymond welcomed the changes to the application process. He said: “This funding is essential to help cover the costs of restoring damaged land following the unprecedented storms this winter, which have also had an enormous effect on so many people’s livelihoods.

“We are especially pleased to see that a list of standard costs will be used and that Government is committed to and is delivering such a fast turnaround so communities – both of which will speed up the help provided.”