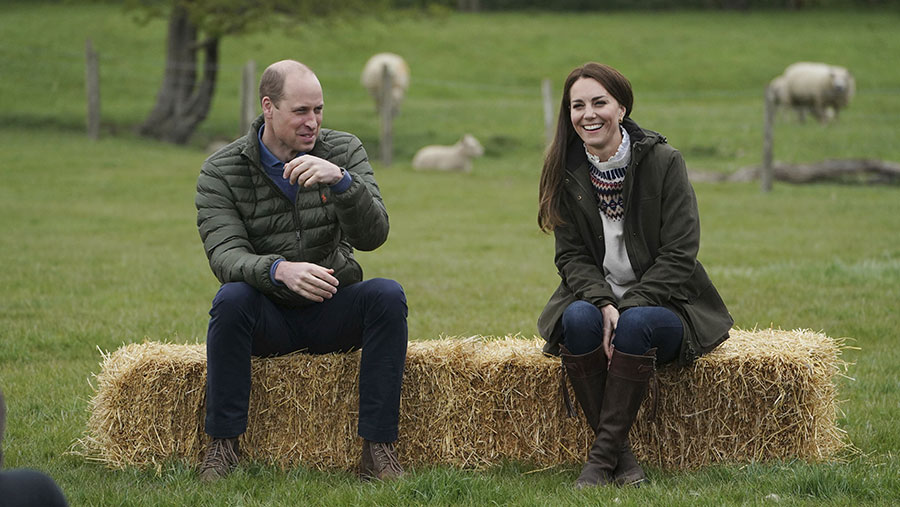 The Duke and Duchess of Cambridge took turns driving a tractor and handled sheep during a visit to a mixed family farm in County Durham.

Durham farmers Clare Wise and Stewart Chapman welcomed the royals to their mixed cattle, sheep and arable farm in Little Stainton, near Darlington, on Tuesday (27 April).

Mr Chapman gave instructions on how to drive the GPS-operated tractor as the duke and duchess took turns behind the wheel. The royal couple were then taken on a tour of the calving and lambing sheds, where they handled newborn lambs.

The fifth-generation family farm has a high-quality sheep enterprise and a herd of 60 continental suckler cows, both supplying Morrisons.

The arable rotation includes wheat, barley, beans and grassland. The family has also modernised the farm over the past 10 years, investing heavily in new buildings and technology.

Excellent to have The Duke and Duchess of Cambridge on farm today where they got to see how British farming is not only committed to achieving net-zero by the UK’s target, but beating it by 10 years #NetZero2040 #BackBritshFarming 👉https://t.co/jd6C9QXBCd https://t.co/5DxZifwL6s

The duke and duchess heard how British farmers are producing high-quality, sustainable food for the nation and caring for the environment.

The Chapmans showed the duke and duchess how they protect the health and welfare of their livestock and how they use techniques such as grass monitoring and feed sampling to increase sustainability.

Ms Wise told Farmers Weekly: “They knocked our socks off with how well informed they were about UK agriculture.

“The duke was very aware that British farmers are not only part of the solution to climate change, but are also tackling its effects day to day in running their businesses.”

The duchess explained that their three children, Prince George, Prince Charlotte and Prince Louis, had recently experienced lambing at a farm near Sandringham, Norfolk, and that she had gained an understanding of how sheep farms operate.

The visit concluded with a discussion with other local farmers, including NFU North East regional board chairman Rachel Hallos and NFU environment forum chairman Richard Bramley. 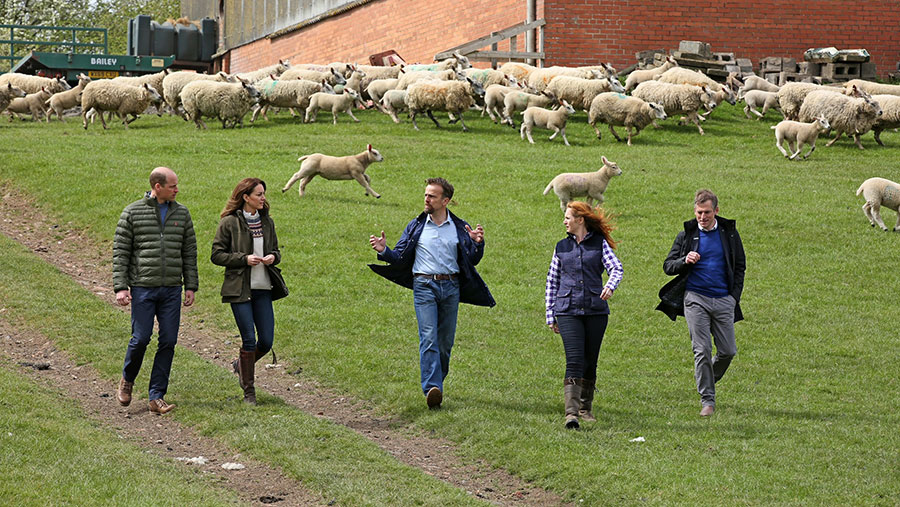 The group discussed how farmers are delivering for the environment and the work they are carrying out to help support the UK’s commitment to net-zero carbon emissions.

They also talked about the effects of the Covid-19 pandemic on farming, including on mental health.

NFU North East regional director Adam Bedford said: “It was an incredibly proud day for the region’s farmers, who were given a wonderful opportunity to sit down with the Duke and Duchess of Cambridge and talk openly about their farming passions – everything from sheep welfare to soil improvement – and how they have coped over the past year.”

The royal couple’s visit to the north of England came two days ahead of their 10th wedding anniversary. It was their first public engagement after two weeks of royal mourning for the Duke of Edinburgh, Prince Philip, who died aged 99 on 9 April.

The duke and duchess also met young people who had completed their Duke of Edinburgh Award during a visit to a youth project in Durham. The prince told the youngsters his grandfather would have been so pleased.