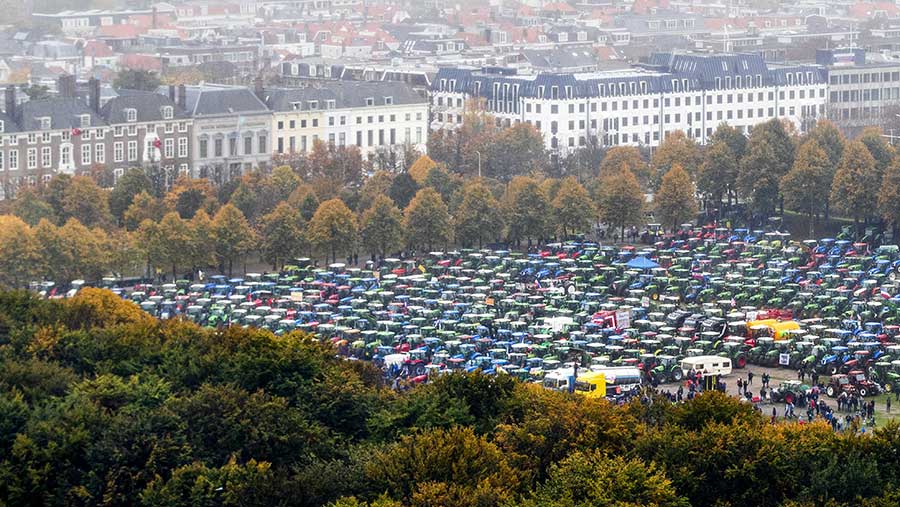 Thousands of farmers drove their tractors to The Hague to protest against the “negative image” of farming in the Netherlands.

Dutch farmers’ organisation LTO organised the mass protest on Wednesday (16 October) to protest against their government’s nitrogen measures, which farmers believe could restrict their businesses.

It was the third large protest to take place in the last fortnight by Dutch farmers, who say they are being unfairly targeted and the importance of the agricultural industry to the Dutch economy is being forgotten. 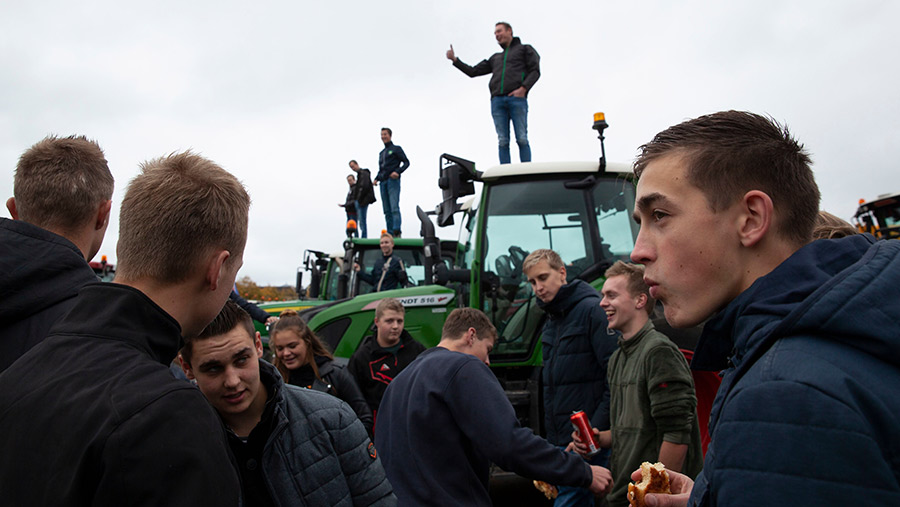 The Dutch government deployed the army to block major roads leading to the Binnenhof, the seat of the Dutch parliament.

Exports from almost 54,000 farms and other agricultural businesses in the Netherlands were worth €90.3bn (£77.6bn) last year, LTO said.

The government of Netherlands has recently announced plans to take action to “reduce nitrogen emissions and repair damage to the natural environment”. This includes a target to reduce greenhouse gas emissions next year by 25% of 1990 levels.

Coalition party Democrats 66 (D66) has proposed cutting the nation’s livestock numbers by 50% and create more room to build new houses. D66 claims agriculture is responsible for 70% of Dutch nitrogen emissions, blaming intensive livestock farming for most of the problems. 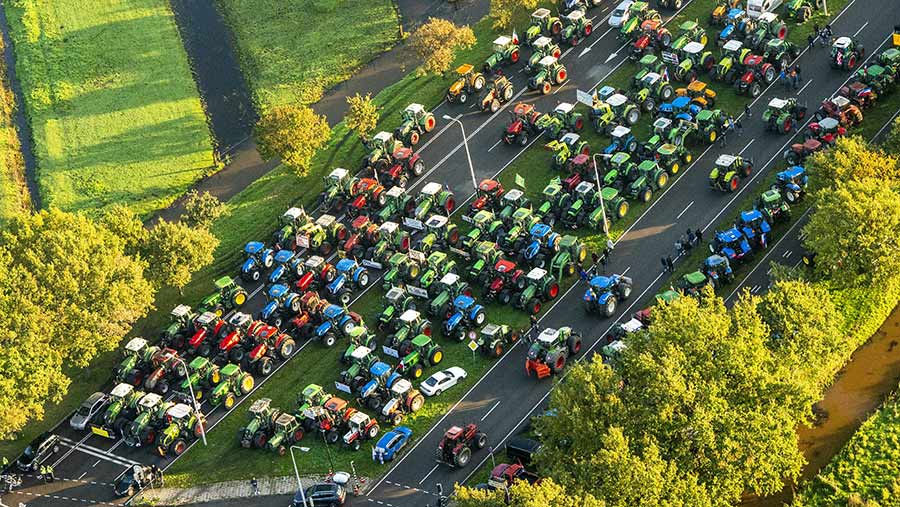 Road blocked by farmers in protest around De Bilt, The Netherlands. © Jerry Lampen/EPA-EFE/Shutterstock

In a statement, the Dutch Ministry of Agriculture, Nature and Food Quality said the government and provincial authorities would be able to help farmers who want to leave farming “on a voluntary basis”.

“Farms responsible for high nitrogen emissions in the vicinity of the Natura 2000 areas will be first in line,” said the ministry.

“Farmers who want to continue will receive support to invest in new low-emission stalls. This will also benefit animal welfare.”

Other measures include investing in systems that separate urine from manure and in alternative feed. The Dutch government also wants to construct buffer zones, create more space for nature-inclusive agriculture and planting forests to benefit the climate.

But the LTO says the political situation has “gone into overdrive” and produced a compromise that is “shattering” for Dutch agriculture. It has demanded a suspension of the rules.

He added: “I, therefore, call on politicians once again not to work against us but with us. Let us reflect and not take irreversible steps. Let us not throw away the proverbial child with the bath water.”