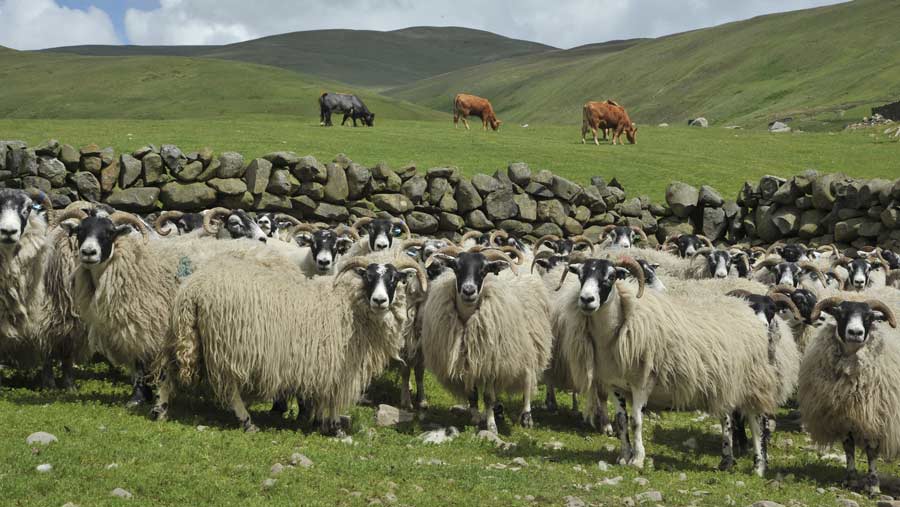 Police are appealing for information following the theft of a large number of sheep from a farm in the Scottish Highlands.

A farmer has reported that 75 Scottish Black Face ewes, south type, were stolen from a farm in Tomatin, south of Inverness.

The sheep consist of 40 breeding ewes, regular aged and 35 wether hoggs (castrated males). All are branded on their right horn with “MSF” and marked with a red spot on their right side.

The animals are thought to have been taken from the farm sometime between December last year and this month, but it has only now come to light.

It is not clear whether the sheep were stolen in smaller amounts from their rural pastures between January and March of this year.

“Everyone needs to be on their guard and I hope that by highlighting this people will be more aware and be more diligent.

“I hope they will come forward to report any suspicious behaviour seen in and around farms to the police, because that will help catch those stealing livestock.”

Andrew Connon, vice-president of NFU Scotland, said: “Rural crime is on the increase and we are very concerned about that. Livestock theft is stealing someone’s livelihood basically.”

Jimmy Duncan, chairman of Strathdearn Community Council at Tomatin, urged anyone with information to contact the police to help catch the culprits.

“I hope they are found soon and if found guilty the full force of the law should be used,” he said.

A police spokesman said inquiries are ongoing and anyone with information is asked to get in contact by calling Police Scotland on 101, quoting reference number NN/2070/21.

Rural insurer NFU Mutual said cases of sheep rustling rose by almost 15% year-on-year at the height of the coronavirus pandemic. There was a spike in reports of livestock, mainly sheep and lambs, being stolen in April last year.

The cost of rural crime in Scotland in 2020 rose by 44% to £2.3m on the previous year, with gangs targeting expensive tractors and quad bikes as well as livestock.

In February, more than 15 in-lamb English Mule sheep, worth about £3,000, were stolen from a farm at Fordyce, Aberdeenshire.

And in January, a single Beltex pedigree sheep, worth more than £2,500, disappeared from a farm near Cawdor in Nairnshire.