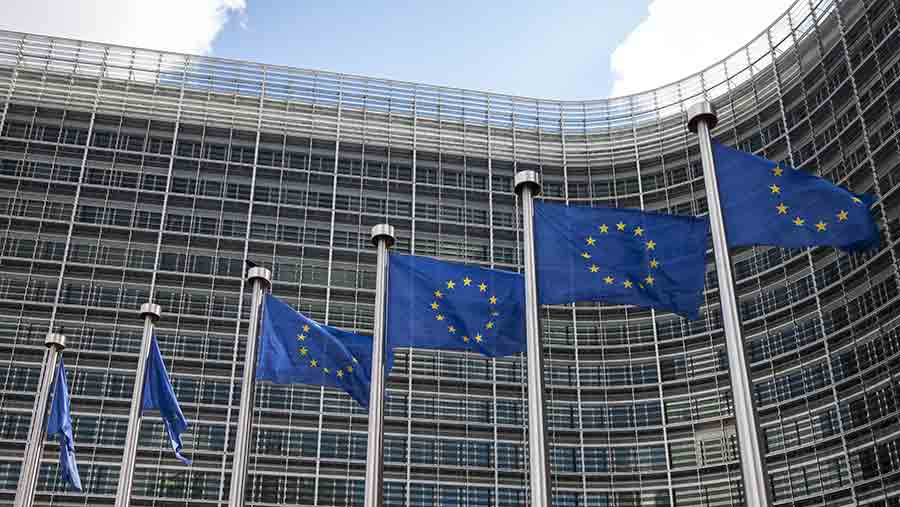 British farmers should prepare for a turbulent Brexit likely to see agricultural interests traded off in favour of other industry sectors, a former top bureaucrat has warned.

Sir Ivan Rogers, the former UK permanent representative to the European Union, issued the warning as he delivered the inaugural Henry Plumb Lecture to farm leaders and other industry representatives on Monday (20 November).

A “stone cold sober analysis” was needed because the outcome of Brexit negotiations would shape everything that followed – including the opportunity for the UK to “blaze a trail” by devising a better agricultural policy to replace the CAP, he said.

“Life, and trade flows, cannot just carry on much as before,” Sir Ivan told the invited audience at the Royal Society, London.

Prime Minister Theresa May had made it clear that the UK was leaving both the Single Market and the Customs Union. The destination was likely to be a complex free trade agreement – or, if negotiations fell apart, high tariffs on agricultural products.

“That of course has much bigger implications for this sector because of some very high tariffs [for agriculture] than for other sectors. You would be on the receiving end of much the highest tariffs from the EU.”

For UK farmers, “no deal here would truly be a very bad deal indeed,” said Sir Ivan. And even if there was an eventual free trade deal between the UK and European Union, it could never fully replicate the benefits of EU membership.

“By definition, arrangements for members will always be more friction-free and superior than arrangements for those operating a different trade policy outside the bloc. Again, that is not being punitive. It is drawing the inevitable legal consequences of leaving the customs union.”

Agriculture was just one of 58 UK sectors seeking the best possible deal. “Your attacking interests will, in the endgame, be traded off against other sectoral interests as the government seeks to get the best deal possible,” said Sir Ivan.

This meant farmers should prepare for a “highly complex game of chess, in which you will need to be very clear about the important objectives for the UK government – but also very pragmatic that they are not likely to replicate exactly what you have now”.

Other countries outside the EU would also have their own ambitions when it came to access to the UK market. “Frankly they will assume that we shall be much less protectionist on agriculture after we have left the EU than the European Union is itself.”

New Zealand, the USA and South American countries would all be seeking access to the UK market. And no US-UK trade deal, for example, could conceivably be approved by Washington unless it included agriculture, tariffs, quotas and food standards.

“So far, the media has obsessed solely about chlorine-washed chicken and a bit about hormone-injected beef,” said Sir Ivan. “But there are plenty more where those came from. The US, I assure you, plays hardball in trade negotiations.”

Sir Ivan said his central point was that the decision to leave both the Single Market and the Customs Union. Although doing so was compatible with the “taking back control” mantra, the transition to a trading relationship outside the EU would not be smooth or easy.

“If we are to have a really serious debate about where we should go with agriculture policy, and over what timescale, it needs to start with honesty on that score. Autonomy does not really exist in regulation affected by trade deals.”

The EU, for example, would be acutely conscious that the UK might want to strike much more liberal trade deals in agriculture with Australia, Brazil or Argentina than the EU would be prepared to agree, said Sir Ivan.

“Think of it from their perspective for a moment. How keen are they really going to be – even with rules of origin in place – to accept on to their markets ‘British’ agri-food products if the UK can essentially then provision itself duty free from its new free trade agreement partners?

“I think ‘not very’ would be my provisional answer to that. So none of this is going be easy, and no one deal – the EU deal or other third country trade deal – can be boxed off from each other or viewed in isolation from others.”

Despite the challenges posed by leaving the EU, Brexit presents a big opportunity for the UK to construct a better agricultural policy from first principles – and one which departs radically from the EU’s CAP.

Suggesting future policy should be based on five key principles, Sir Ivan said Brexit was a once chance to deliver serious changes in agricultural policy that could “blaze a trail” which other countries – including the EU – might eventually follow.

Implementing such a policy would take time, said Sir Ivan. It would involve a lot of transitional turbulence and uncertainty for several years. He added: “It will be an enormous challenge, but I hope that as a country we ought to be able to rise to it.”

Who is Sir Ivan Rogers?

Sir Ivan Rogers served as the UK’s permanent representative to the EU from 2013 until his resignation earlier this year. He resigned after a leaked memo suggested he held the view that a UK-EU Brexit settlement might not be reached for 10 years – if at all.

Considered one of the best-informed voices on UK-EU relations, he previously held a number of senior roles under prime ministers David Cameron and Tony Blair – as well as senior Treasury roles under chancellors Ken Clarke and Gordon Brown.

In the run-up to last year’s Brexit referendum, he played a key role in attempts to agree a settlement that would help persuade the country to remain part of the EU. After the referendum, he was a key civil servant in the negotiations to leave.