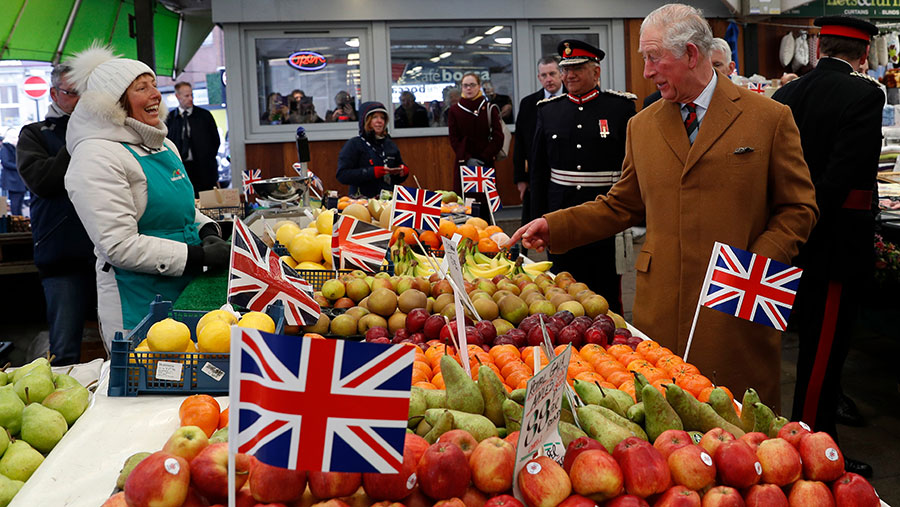 Prince Charles has urged people to help “pick for Britain” to save crops that could rot in fields due to a labour shortage caused by the coronavirus pandemic.

The prince praised the country’s “remarkable farmers and growers” and encouraged the public to not let their work be in vain, by joining the thousands of people needed to bring in the crops.

Defra’s Pick for Britain campaign, in partnership with the NFU and other industry bodies, aims to link farm employers with workers who will be tasked with picking, packing and grading fruit and vegetables.

But the website crashed minutes after his call, due to a surge in demand. It has been running since April.

The NFU says up to 80,000 seasonal fruit and veg pickers are needed to help with the harvest.

It is estimated that only one-third of the people that would normally come to the UK are already here, with only a small number more expected to travel.

In a video address, Prince Charles said an army of people was needed.

“It is of the upmost importance and, at the height of this global pandemic, you will be making a vital contribution to the national effort.

“If the past few weeks have proved anything, it is that food is precious and valued and it cannot be taken for granted.

“It will be hard graft, but is hugely important if we are to avoid the growing crops going to waste.

“Harvesting runs until early autumn and people are needed who are genuinely going to commit.”

“If we are to harvest British fruit and vegetables this year, we need an army of people to help.”

The Prince of Wales has shared a message in support of the #PickForBritain campaign. ???@DefraGovUK pic.twitter.com/a7WIDYo7E0

NFU vice-president Tom Bradshaw encouraged anyone looking for work to visit the site and see what was available.

He said: “This year there will be thousands of vacancies opening up on farms across the country to help farmers get iconic British produce from field to plate.

“We have been working closely with the government to ensure a solution is in place this summer and I would encourage anyone who is interested in helping pick for Britain throughout this summer to visit the site and see what jobs are out there.”

The government has already confirmed that those who have been furloughed from their jobs due to the coronavirus, and who are contractually allowed to work for another employer, can take on this seasonal work while continuing to receive 80% of their salary from the government.

Scotland secretary Alister Jack said he had no doubt people would seize the opportunity to help feed the nation and support, in particular, the country’s soft fruit growers.