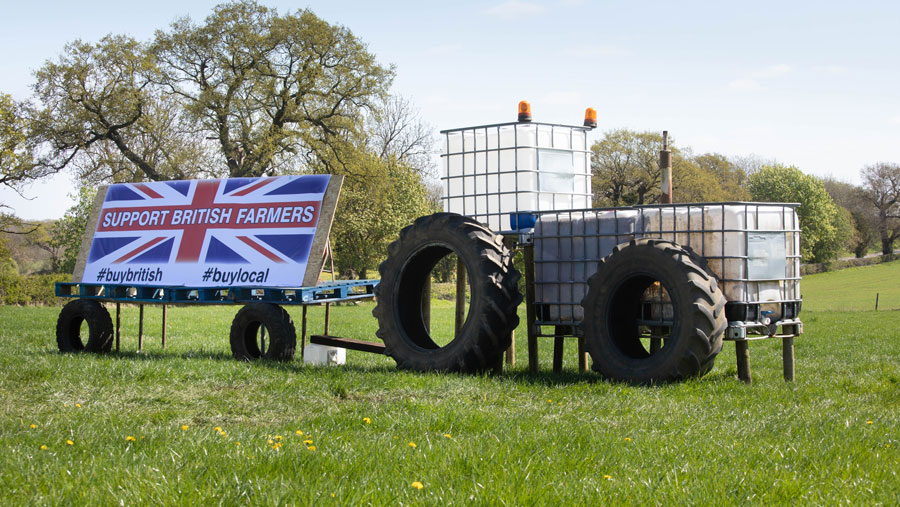 The positive public view of British food and farming has reached a record high as a result of farmers’ efforts to feed the nation during the coronavirus crisis.

That’s according to a Farmer Favourability Survey, carried out by OnePoll for the NFU, which revealed 75% of people voiced a positive view of UK farming – the highest figures since the annual survey was launched in 2012.

The nation experienced acute food shortages during the first few weeks of lockdown, mainly as a result of panic buying which left supermarkets shelves empty.

The poll found 86% of those surveyed agreed British farms should grow as much food as possible to provide national food security. And 88% felt that it was important that Britain has a productive farming industry – the highest figure for three years.

The majority of respondents cited the importance of British farming’s work throughout lockdown as a reason for their increased positive view.

Farmers Weekly, with support from partners, started the #FeedTheNation campaign to show the public how British farmers have been working tirelessly to produce the food we all need to live and stay healthy, especially during the current crisis.

NFU President Minette Batters said farmers, like the rest of the nation, have had a challenging year. But it was fantastic to see their efforts recognised by the public.

“With the ongoing uncertainty around Covid-19 and the potential for a no-deal Brexit looming large I, along with my fellow farmers, remain extremely thankful for this huge show of public support and the increasing value they place on quality British food.

The NFU and other farming organisations continue to push Boris Johnson’s government to uphold the high standards of British farmers in any future trade deals.

As of Monday (20 July), more than 1m signatures (1,042,796) had been added to an NFU food standards petition which calls on the government to ensure future trade deals do not lead to an increase in food imports that would be illegal to produce here, such as chlorinated chicken and hormone-fed beef from the US.

Alongside this, nearly 80,000 people have written to their MPs urging the government to introduce a Trade and Agriculture Commission to oversee future trade deals.

The government has listened and has pledged to set up a commission, albeit in only an advisory role. Mrs Batters said: “It remains vital that this independent commission is able to advise and be accountable to Parliament.”

Meanwhile, the NFU said the UK’s self-sufficiency in food increased by three percentage points to 64% in 2019.