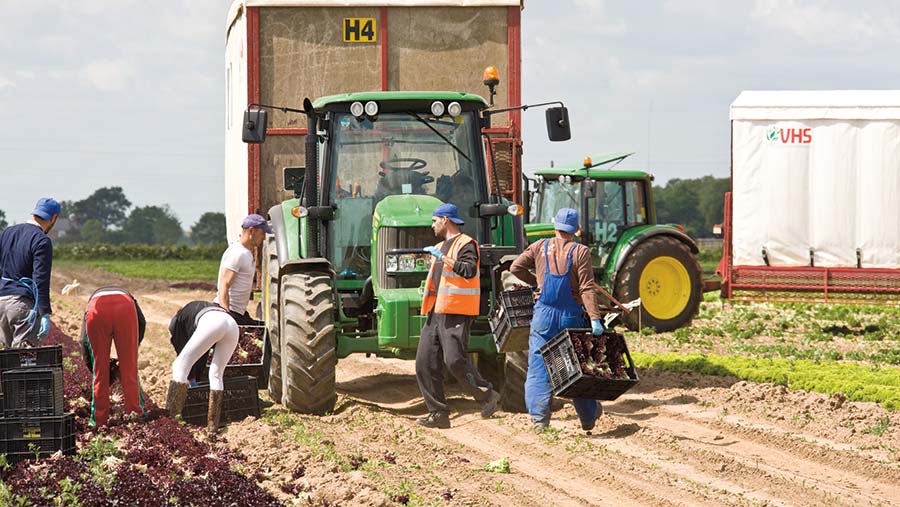 Representatives from the main political parties and the NFU made up the panel for a special Question Time-style session at the South of England Show, Ardingly, on 6 June, giving their views on a range of current topics.

Should food be considered a public good, worthy of future support?

MSC: As an economist, a public good is something that cannot be sold in a market, yet has wider social benefit, so on that definition, food is clearly a market good and not a public good.

KA: For me, food is a public good. That may not be the academic definition, but it is good to produce and eat our own food, as well as the fact that food and farming is a massive employer. We only produce 61% of our own food. That should be higher, as the more we produce locally, the better for the environment.

NvW: I see food production as a strategic good. Food security is a public good and we want to see that built into the Agriculture Bill and the government’s thinking. 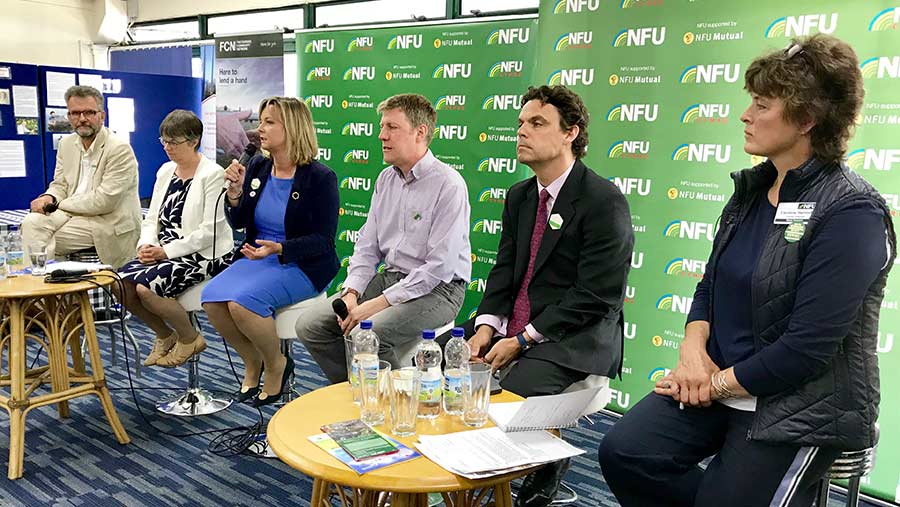 How can we secure the labour we need post Brexit?

KA: The government should be advertising the sort of visas required to come and work here. We just do not have the people in our own workforce to do this type of job.

JM: Government policy needs to create a friendlier environment for people to come and work here. Unfortunately, the government has set out to create a hostile environment.

Are we doing enough to promote green energy?

KA: We did have grants for renewable energy, but then government stopped that programme. Michael Gove is looking at different options, but the whole thing is gridlocked at the moment because of the spending review. The information is not being released and we do not know what support is coming to farming post 2021.

NvW: The NFU has an ambition for farming to be “net zero” in terms of carbon emissions by 2040, and investment in renewables is part of that. But one of the best ways to try to achieve net zero is to increase productivity in farming. That means improving efficiency – getting more out of less.

Does livestock farming have a future?

JM: The environmental impact of keeping livestock can be offset, and there is also cultural benefit from keeping beef and dairy cows. To lose it would undermine the fabric of certain communities and a way of life.

Are supermarkets too powerful?

KA: Supermarkets should be doing more to support British farmers. I should not be paying £1.09 for my litre of milk – it’s too cheap. Farmers are being squeezed too much.

JM: Supermarkets are a very easy punchbag. Yes, they are able to drive down prices, but they are also in a very powerful position to engender and lead change, so it’s important we maintain a constructive relationship that can help British agriculture.

Should we be worried by president Trump’s plans for a free-trade deal post Brexit?

NvW: We hear a lot from government saying: “Don’t worry, we will not reduce our highs standards”. But that’s not the same as saying we will not let stuff in that is produced to different standards. You can still import food, but UK farmers should not be put at a competitive disadvantage.

JM: We do not want to accept lower US food standards, but when the reality comes of having to do a comprehensive trade deal, all areas of the economy will have to be taken into account and farming may not be at the front of the queue of sectors that need protecting.

KA: There is always public support for eating food and nourishing our bodies. It’s the same as it is with the NHS. It’s a core part of what we want as a country, so yes, there will always be support.

NvW: Leaving the EU will repatriate farm support to the UK government, so any support we do get will be up against the health service, education, defence, security – and that is going to be a very tough environment.