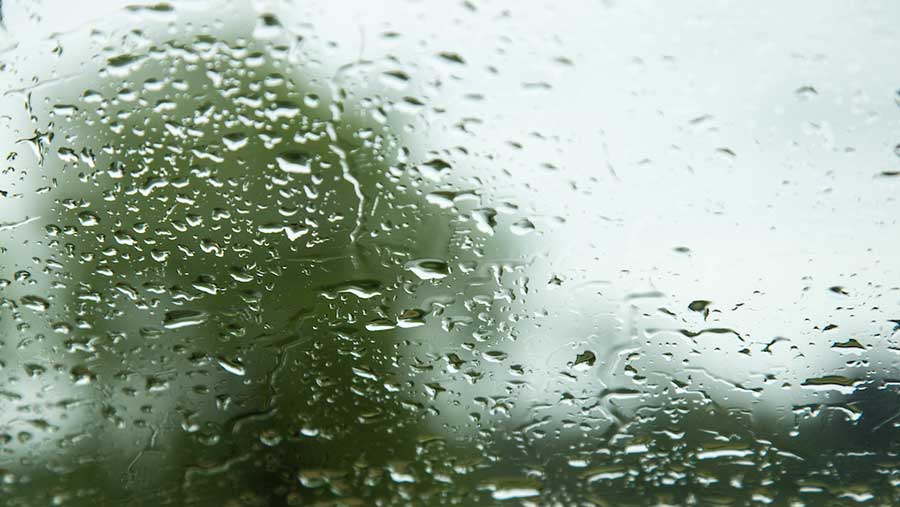 Rain falling across farms over the past week has eased industry fears that the UK could be braced for a drought this summer.

After one of the driest Aprils on record, in which most of the UK saw less than half the normal rainfall, more unsettled weather has helped put crops back on track.

Delighted Essex farmer Ed Ford posted a picture on his Twitter page (@Ed_Farmer_Ford) of a rain gauge filled with 21mm of rain on Wednesday morning (17 May).

“More rain last night than in April and March put together. One happy farmer,” he tweeted.

Richard Harding, research Fellow at the Centre for Ecology and Hydrology, said extremely dry weather in April had “brought into focus” a moderate winter drought.

Prof Harding said most water resource systems were designed to cope with two dry years, especially in the South, where rivers and water supplies are groundwater fed.

But he added: “We seem to have an emerging agricultural drought – unseasonably low soil moisture (high deficits) are causing quite a lot of concern, with crops failing to germinate and young plants not flourishing.”

However, the Environment Agency (EA) played down concerns of drought, despite acknowledging some rivers, groundwaters and reservoirs are “lower than normal for the time of year”.

An agency spokeswoman added: “The EA, water companies, businesses and farmers are working together to minimise any potential impacts to people and the environment should the dry weather continue.”

Met Office forecaster Oli Claydon said unsettled weather looked likely to continue across the UK over the next fortnight.

“There will be a mix of sunshine and showers with longer spells of rain possible for some,” he said. “Temperatures will be average to rather warm in longer sunny spells.”