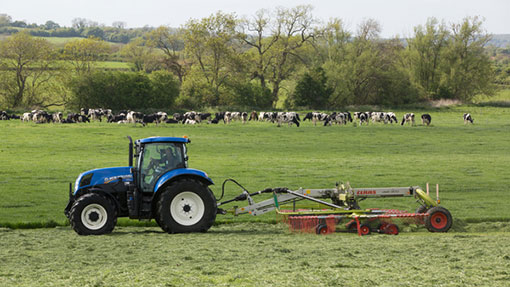 A rare botulism outbreak has killed 160 cows on a dairy farm in Wales.

The “likely cause” of botulism on the farm was from a decaying animal carcass present in grass silage being fed to the cows, said experts at the Animal Health and Laboratories Agency (AHVLA).

Contamination with a dead animal in the ensiling process is believed to have caused the outbreak, which can happen to any farmer involved in silage making.

It is understood that the farmer, who is too distressed to talk about the loss, cut the silage in April and fed it to his cows three weeks later.

There was no indication the feed was contaminated until the animals started to display signs of illness. Over the course of a week, however, some 160 cows died.

The contaminated silage was identified and removed from the farm. It is believed the farmer has started to restock the dairy herd.

An AHVLA spokesman said: “AHVLA is currently investigating an incident of botulism on a farm in Wales which has led to the death of a number of cattle.

“Analysis has confirmed that the likely source of botulinum toxin, the cause of botulism, was from a decaying animal carcass present in the grass silage being fed.”

About 20 incidents of botulism in the UK are recorded each year, the agency added.

But because botulism is not a notifiable disease, this figure is unlikely to be truly representative of the disease’s incidence.

The AHVLA spokesman said: “Some cases are also reported in sheep. The disease is usually caused by animals coming into contact with the litter of broiler chickens. The litter is brought on to farmland as a source of fertiliser.

“To prevent disease farmers are advised to store litter securely, well away from livestock, and prevent access to birds and other scavengers.

“Litter containing visible carcass material must not be used as fertiliser. It is also illegal to use poultry litter as bedding material for other livestock.”

Botulism is a disease caused by the ingestion of the toxin produced by the bacterium Clostridium botulinum.

There are several different types of toxin. The bacteria are widespread and their toxins can affect most animals and birds, including people.

It is commonly found in the gut of poultry and wild birds, and in the litter in poultry houses. Problems with intoxications are sporadic in wild birds, but can cause paralysis with high numbers of birds dying.

Intoxications in cattle have been associated with the grazing of land on which poultry litter has been spread.

David Davies, director of Silage Solutions, a silage consultancy and research business based in Aberystwyth, said: “If you have botulism with silage, it is almost always associated with a dead animal being ensiled, so you have an increased risk with chicken manure. Unfortunately, this is often because there is a dead chicken in the manure somewhere.

“The risk is lower where it is a freshly killed animal in the sward because the botulism bacteria has not had enough time to grow. The more rotten the animal is before it is ensiled, the more likely it is to cause botulism in the silage.”

Dr Davies stressed that there were preventative measures that farms could take to reduce the risk of a botulism outbreak.

“Once farmers have made the silage, they must make sure they leave the silage clamp shut for a minimum of one month to allow the fermentation to happen,” he said.

“Also, if you have got areas on the farm where there are likely to be dead moles, or similar, it is essential that you go through the farm before you cut silage.”

But he added that farmers could never be 100% certain of preventing a botulism outbreak.