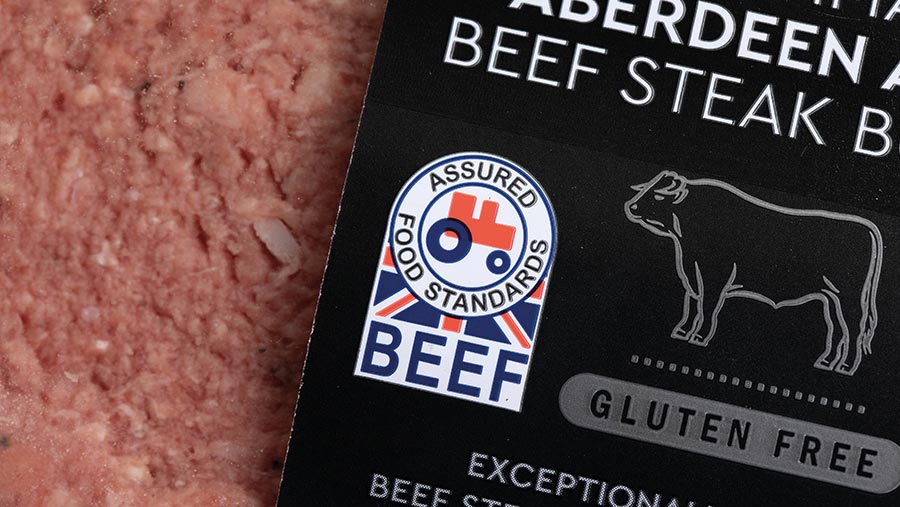 Red Tractor – the UK’s largest farm assurance scheme – is currently consulting on the next iteration of its standards as it attempts to keep up with consumer expectations, legislation and scientific advances.

This is the fifth time the scheme has been revamped in its 20-year history, with the focus being on animal welfare, workers’ rights and environmental protection.

Failure to keep up to speed in these areas could undermine consumer trust and lead retailers to develop their own standards, with their own inspections, argues the organisation. They might also be less inclined to buy British.

The consultation runs to 5 March, but the exercise has already triggered some strong reaction about the wider role of Red Tractor.

Farmers Weekly has sought the opinion of four stakeholders with disparate views, to weigh up the relative arguments.

Staffordshire arable grower and founder of The Farming Forum 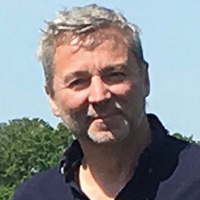 Clive Bailye has many gripes about Red Tractor, but excessive cost, unfair competition from imports and the lack of any premium are his main ones.

“As a cereal grower, my main grievance is that the scheme is just not delivering me any value whatsoever,” he says.

Mr Bailye is frustrated that he can’t resign from the scheme as he grows milling wheat and oilseed rape, and there are no buyers for non-assured product in the UK.

“If I grew just feed wheat, I could resign my membership, but I’d be penalised. It was sold to us 20 years ago as being a lightweight regime that would add value to our products. They have categorically failed to do that.”

Mr Bailye also resents the costs imposed on farmers, and is concerned the latest consultation is going to further gold-plate standards.

“As it’s done on an acreage basis, the membership cost for me is about £1,000, which is not massive. But it’s what you add on to that – the time spent ticking all the boxes, having extra software systems, operator training, recalibrations, sprayer MOTs, national sprayer operator certificates.

“I’m not advocating that we should be producing low standard, rubbish goods. But the UK already has standards defined by law – the highest in the world. Why do we need to have it policed again?

“Let the Environment Agency tell me off if I’m using my chemicals incorrectly, or the HSE if my protocols are not up to scratch. It’s extra red tape that just isn’t necessary.” 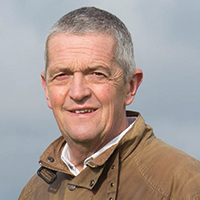 Guy Smith, who started earlier this month as chairman of the cereals board for Red Tractor, says he understands why arable farmers feel frustrated.

Their output often ends up with imports in composite products, and very few of those can display the Red Tractor logo. “I want to encourage people who use our product not to commingle it if possible, so we can put the logo on more biscuits and bread,” he says.

“But the route to get there is not straightforward. If we just matched imports on standards, it would cut off some other key markets for us. For example, Weetabix, which is proud to carry the Red Tractor logo, would not be happy with some kind of ‘Red Tractor Lite’ arrangement.”

Mr Smith says that, as a farmer, he also understands that the Red Tractor audit is “no one’s favourite day of the year”, but it has its benefits.

“It raises my game, and having another set of eyes on my business is no bad thing,” he says. “The current consultation covers worker welfare. We are often told to improve our health and safety record, but we’ve got to actually do something about it. If building it into Red Tractor leads to fewer accidents, that’s got to be welcomed.”

Mr Smith also points to the way Red Tractor works with others in the industry to develop better regulation.

“One example is in relation to the government’s current plan to ban solid urea. The NFU and Red Tractor have put a proposal together saying that, if Red Tractor ensures farmers are using solid urea at the right time, and only with urease inhibitors, then a ban is not necessary.”

Rather than “spouting off on social media”, Mr Smith urges all farmers to have a close look at what is actually being proposed and give a reasoned response.

They should also think about the way it has enhanced farming’s reputation at home and abroad. “Twenty years ago, French president Jacques Chirac referred to our food as ‘the worst in the world’. We’ve come a long way since then.” 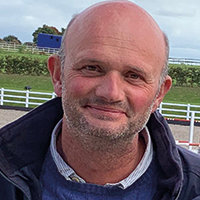 Phil Latham, who milks about 500 Brown Swiss pedigree cows near Nantwich, Cheshire, believes Red Tractor has lost its way since it was established 20 years ago.

“It should be a brand for farmers to establish the credentials of their produce – safe, traceable and sustainable that give customers reassurance.

“But it’s turning into an organisation that wants to be everything to everybody. In doing that, it’s losing its identity, trying to replicate the work of statutory organisations, such as the Health and Safety Executive, Environment Agency and Trading Standards.”

Mr Latham also questions the validity of many of the scheme’s standards. “I have a zoology degree, yet I have to have a vet to do my herd health plan,” he complains.

“I already manage my cows to minimise infertility, mastitis and lameness – and so make more money. If I can demonstrate that with graphs going back 20 years, why do I need to spend £250 for a vet to get my herd health plan signed off?”

“Prior to that we had a non-compliance because we didn’t know the serial number on the old sprayer that we haven’t used for years. Who cares?”

Mr Latham says Red Tractor is always looking to add more standards. “But the more they put themselves into areas of inspection where they shouldn’t be, the less buy-in there will be from farmers.”

Mr Latham complains that he has little option but to pay the fees, as all milk buyers require Red Tractor accreditation. “But I don’t see any added value,” he says. “It needs to focus more on marketing and so earn that premium. The danger is, we keep on adding more and more cost, which just makes us uncompetitive in the global marketplace.” 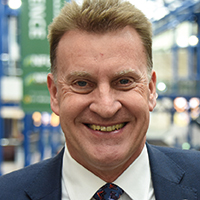 Red Tractor chief executive Jim Moseley insists that Red Tractor is more than a simple box-ticking exercise. “It is an opportunity to grow your business, build your reputation, and cut down on paperwork and costs,” he says.

With half the income coming from licensed food businesses, membership is both cost-effective and competitive, he suggests. “All of the farmers’ fees go towards the running of the scheme. One fee and one inspection opens the door to supply the UK’s biggest customers.”

Mr Moseley points to three distinct advantages of the scheme.

“First, UK consumers trust Red Tractor – 75% of all UK shoppers are aware of the logo and almost 70% say they are positively influenced by it.

“Second, most UK retailers require Red Tractor. Not only is it endorsed by the UK’s biggest food brands – Weetabix, Shredded Wheat, Silver Spoon, Carling lager, Marriage’s flour – but being Red Tractor also means you can supply different retailers without lots of different requirements.

“And third, if you are a Red Tractor member, you only have to go through a single assessment. All those extra inspections you would get – from the Environment Agency, Food Standards Agency, the Rural Payments Agency – are covered in one go.”

Responding to complaints about excessive standards, Mr Moseley says it is crucial to get the balance right.

“If the standard is too weak then retailers will add bolt-ons, we will lose our recognition with government and, most importantly, our relevance to British consumers. Conversely, if standards are too tough, it may not be valued in the market.”

Mr Moseley admits there is an issue with commingled products, such as bread that uses imported flour. “But the UK is only about 85% self-sufficient in wheat and if the brand isn’t using 100% Red Tractor product, they can’t use the logo.

“We acknowledge the challenges the sector faces with imports, and continue to challenge brands to have a consistent approach to standards for their sourcing of inputs.”

Ultimately, Mr Moseley says, Red Tractor is voluntary and every business will weigh up whether the cost of membership and the benefits it brings are worth it for their particular enterprise.