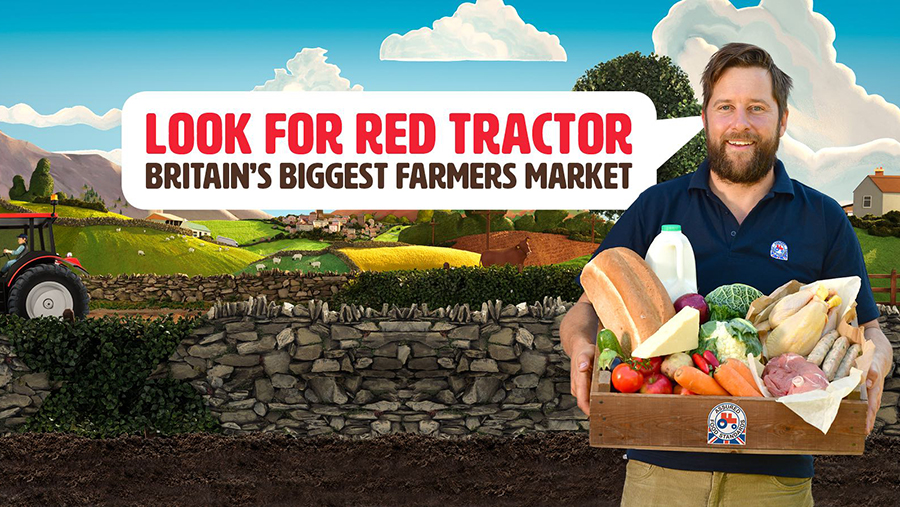 Red Tractor has launched a £1m campaign, featuring ads on prime-time TV and digital channels during programmes such as Emmerdale and Gogglebox.

According to the organisers, the campaign is designed to tap into the desire of millions of shoppers and diners to buy local or British food, and will highlight the credentials of food and drink products carrying the Red Tractor label.

“Looking for Red Tractor is an easy way for people to buy food, which is so much more than being British,” said chief executive of Red Tractor Jim Moseley.

“It signifies that the food has been checked every step of the way from farm to pack, has been produced safely, responsibly sourced, and carefully farmed.

Its TV ad was first aired last autumn, since which time research has shown that two-thirds of British shoppers’ purchasing decisions are positively influenced by the Red Tractor logo.

More than four out of 10 people would trade up on seeing the logo; three times more people believe that the Red Tractor means that food is safer to eat; and the number of shoppers who believe that Red Tractor-certified animals and produce have been cared for properly has almost doubled.