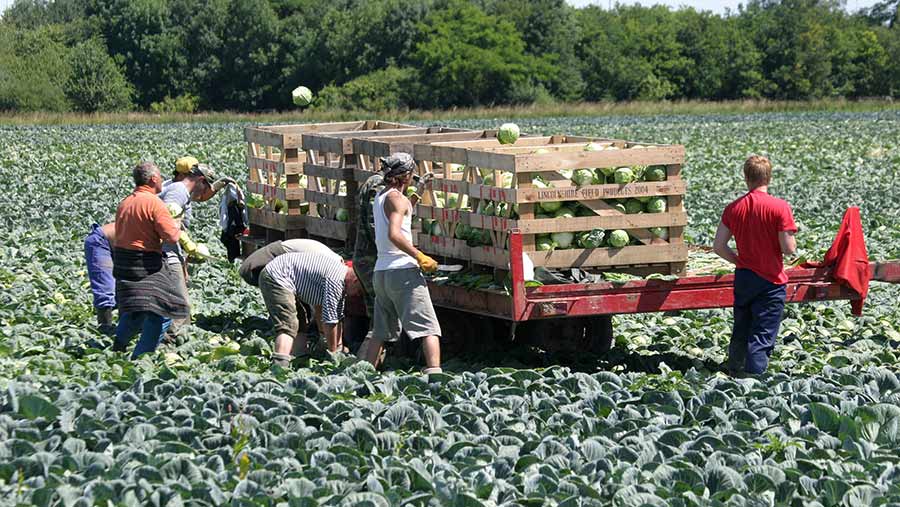 The perceived poor image of farming as a career, including associations with low pay, long hours, lack of progression and poor work-life balance, needs to be reformed, researchers have said.

See also: Recruiting and retaining migrant workers post-Brexit and beyond

A team at the University of Exeter looked at labour issues for both seasonal and more permanent roles.

Farmers and labour experts interviewed for the report described potential labour shortages as “disastrous”, leading to greater imports of fresh food, and farms going out of business or relocating abroad.

Worker rights in those countries might be less stringent than those in the UK, putting more people at risk of exploitation, the researchers said.

The study by Caroline Nye and Matt Lobley from the University of Exeter was commissioned by the Worshipful Company of Farmers (WCF) and funded by the WCF and The John Oldacre Foundation. It says farms will need to become more competitive and attractive as places to work, and the industry itself needs to improve its self-promotion.

The report says the Ministry of Defence should do more to spread awareness of farming opportunities among military service leavers, and there should be more training schemes aimed at people from non-farming backgrounds.

And it was suggested that Defra should commission a thorough evaluation of the Seasonal Workers Pilot scheme before it introduces any new worker scheme.

Prof Lobley warned that the farm industry and the government needed to “be flexible, and get creative before the crisis damages the structure of the industry permanently”.

The university experts reviewed existing research on farm labour shortages and alternative labour sources in agriculture. They also carried out interviews with 21 people from the farming industry, including farmers, labour experts and initiative operators.

Dr Nye said: “Farming is an ‘invisible career’ to anybody who isn’t from a farming background, and this needs to change. Potential career opportunities in agriculture go far beyond simply picking fruit, and often involve working with complex technology and machinery, with some farm managers earning over £90,000 a year.

“It should not be assumed the rise in unemployment resulting from the Covid-19 pandemic will automatically create interest in seasonal worker roles.”

The researchers found there are now fewer small farms to act as places to learn compared with 20 years ago, and agricultural students are often headhunted by large companies before finishing their studies.