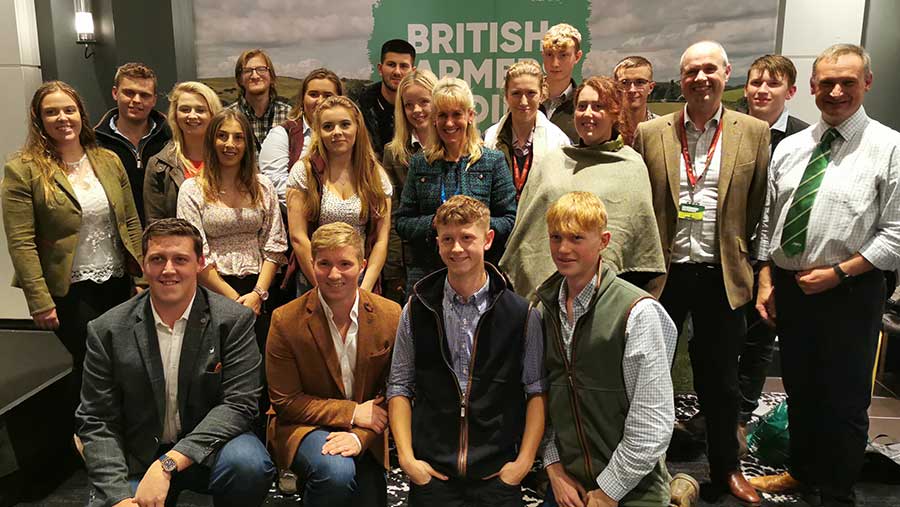 Conservative MPs have called for a rethink on how the country views young people who shun university degrees and opt for land-based college routes into careers in agriculture instead.

It comes after one young female farmer spoke out and revealed that it was considered “shameful” for her to attend a rural skills college.

Speaking at an NFU fringe event at the Conservative party conference in Manchester on Monday (4 October), the young farmer said: “It was seen as a place where people who had failed their GCSEs could go.”

She asked panel members, including Defra secretary George Eustice and other Conservative MPs what they felt about this, adding: “This is young people going into the industry.”

NFU president Minette Batters, who hosted the discussion, said she hears this complaint a lot in rural areas, not just in the North West, but across the UK.

She asked panel members what the country had done wrong to allow this feeling to persist among aspiring young farmers.

“I think that sort of attitude is shameful,” replied Mr Eustice.

The Defra minister then told how he chose not to do his A-levels and decided to work on the family farm, despite performing “very well” in his O-levels.

“The skills that I learned there were absolutely second to none to get me where I wanted to be in the farming industry and family business… I’ve leant on it ever since,” he said.

Mr Eustice said he does not have a university degree, but this had never held him back.

Mrs Batters said land-based colleges feel “unloved” by politicians and she asked MPs how this could be resolved.

Ms Saxby said schools need to work much closer with the community and industries such as farming so that people in education can learn about the jobs around them to foster a more productive workforce.

Richard Holden, Conservative MP for North West Durham, said people who think it is “shameful” to attend rural skills colleges were “absolutely out of their bloody minds”.

“We’ve got a secretary of state here who clearly took that route and he’s sat at the Cabinet table,” said Mr Holden.

He called for a “proper rethink” on access to higher education for people living in rural areas “to enable them to achieve their potential, but also not to be looked down on for the different routes they take”.

Joe Smith, 18, who farms at his family’s beef and sheep farm in Blackburn, Lancashire, said: “Through secondary school, some people do look down on you if you suggest you want to pursue a career in agriculture.

“They never really teach you much about agriculture in school either, so people really don’t understand what an exciting career choice it can be.”

Fellow young farmer Ed Tomlinson, 17, who farms at the family’s dairy farm in Bolton, Lancashire, said: “If agriculture is something people want to do, they should go full force into it.

“If it’s your first choice as a career, go to college, get your qualifications and go and work with someone. In life, you get nowhere by people telling you what to do. You’ve got to use your own initiative and go at it.”

Do you have a view on how we should educate our children and best prepare them for a career in agriculture? Why not share your thoughts in a letter to Farmers Weekly? Send your emails to philip.clarke@markallengroup.com