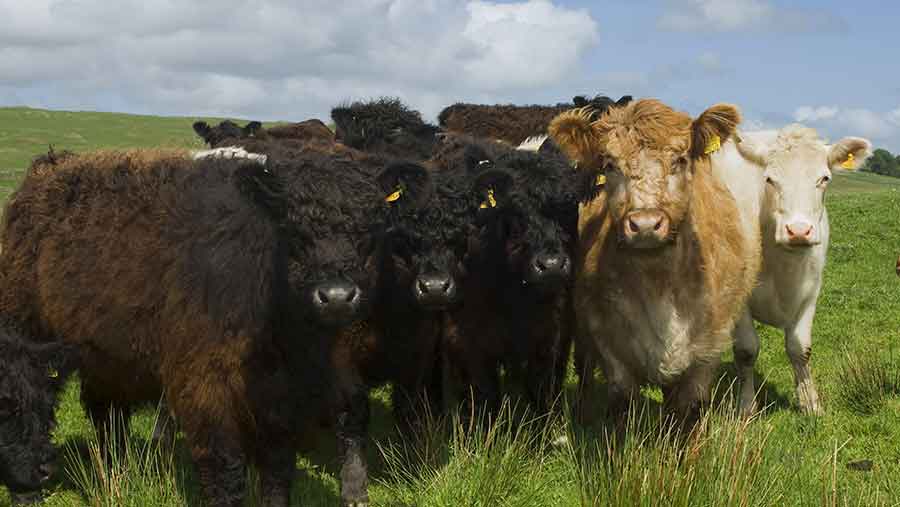 The Scottish government is set to apply for BSE negligible risk status – a move it hopes could unlock new export opportunities for livestock producers.

Rural economy secretary Fergus Ewing unveiled the plan during a speech to visitors at the Royal Highland Show on Thursday (23 June).

“Our premium produce is world renowned, but there are countries to which we are currently unable to export Scotch beef and Scotch lamb,” he said.

“Achieving BSE negligible risk status could help open up markets across the world for these premium products and potential reduce waste and inefficiencies in the supply chain.”

Mr Ewing said the Scottish government would consult on its plans this summer.

Countries and regions must meet strict conditions before they can apply for negligible risk status, as defined by the European Union and the World Organisation for Animal Health.

Conditions include a surveillance programme to detect the disease and a control strategy for positive cases. At least 11 years must have passed since the birth of an animal with BSE.

Scotland has been BSE free since 2009. It has had no cases of BSE in animals born since 2005 and is eligible to apply for negligible risk status as a region of the UK.

“The US is already on the cusp of resuming beef imports from the UK while the Canadian market is now open for both beef and lamb,” said Mr Ewing.

“The opportunities for exports and producer incomes are potentially massive and it is imperative that Scotland is ahead of the game in promoting our iconic red meat brands.”

He added: “If Scotland were to successfully apply for and be upgraded to BSE negligible risk status, we could be the first region in the world to do so.

“I am keen to understand the full implications of this status for the industry, which is why the Scottish government will formally consult on our proposals later this summer.”

Mr Ewing said he had also written to Defra minister George Eustice, asking for Scotland to be giving its “fair share” of red meat levy money.

At the moment, the levy is currently allocated to the UK’s various meat promotional bodies on the basis of where an animal is slaughtered, rather than where it is raised.

Quality Meat Scotland argues that it is losing out on £1.5m annually because so many Scottish lambs and pigs go to slaughter in English and Welsh abattoirs.