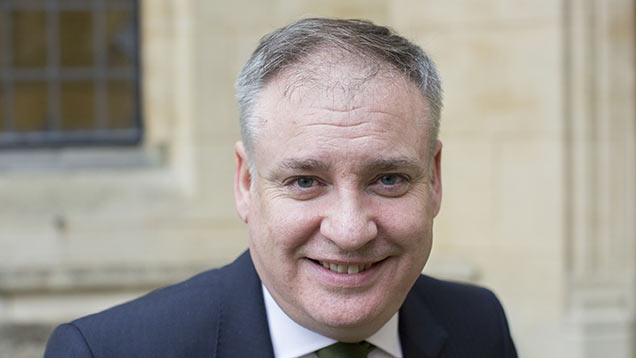 Scotland’s food and farming industry has been challenged to engage in a debate on the future of the country’s agricultural policy.

Launching a document on the future of farming at the Royal Highland Show, rural affairs secretary Richard Lochhead said that Scottish agriculture was at a turning point in the wake of CAP reform and it was time for a debate on where it should go from here.

He called on everyone interested in food and food production to contribute to the debate over the next six months.

“We have to raise our eyes and look to the future and where we want to get to, and talk about the 21st century challenges and opportunities for Scottish farming,” Mr Lochhead said.

“We want productive, profitable agriculture but there are other issues on the agenda.

“We have to raise our eyes and look to the future and where we want to get to, and talk about the 21st century challenges and opportunities for Scottish farming.”
Richard Lochhead, Scotland’s rural affairs secretary

“How do we work towards low carbon farming? What emphasis should we be putting on exports as well as supplying the domestic markets given the global demographics? And how do we ensure producers get a fairer share of every pound spent on food?

“I want us to agree a vision for the future and debate the road map to create that reality.”

NFU Scotland (NFUS) immediately said it would would go round its membership to gather their views in the autumn.

NFUS President Allan Bowie said: “When the day-to-day job of farming remains so challenging, it can be difficult to look further ahead than next week, next month or next year – but that is exactly what we want our members to do.

“Cabinet Secretary Richard Lochhead wants to have a conversation with farmers on what the vision for Scottish agriculture in 2025 will look like and then put in place the actions to deliver this goal.

“As a start point to that discussion, if our successful food and drink sector is to continue to thrive, then it will require farmers to produce more from the land in Scotland.

“That needs a vision built on production and ensuring that we get the best price possible for what we produce. We want farmers to be innovative and we want to attract the best and brightest of the next generation to farming.

“Our ambitions must be set high and then Scottish government need to follow through with the correct actions and policies that will allow the vision to be fulfilled.”