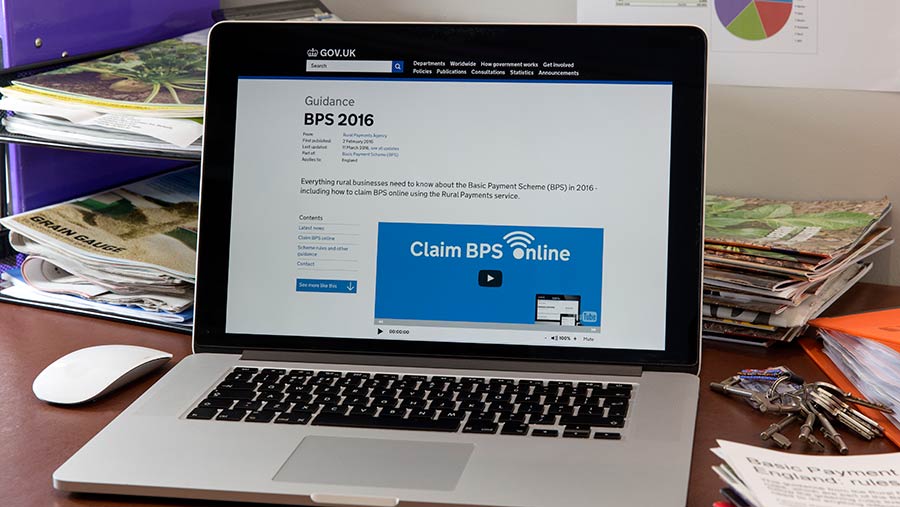 Defra farming minister George Eustice has promised a “better performance” from the Rural Payments Agency (RPA) in 2016, acknowledging payment delays from the 2015 Basic Payments Scheme (BPS) have caused real hardship for many.

Addressing the Environment, Food and Rural Affairs committee in London on Wednesday (23 March), Mr Eustice said delays were partly due to the fact the system had been made more complex by policies such as greening.

The RPA had also prioritised the more straight forward claims first, meaning about 4,000 common land claimant and 9,000 who had been inspected were still due their money.

But Mr Eustice denied that the RPA had been poor in communicating with farmers, although they had not always wanted to hear the messages they were being told.

“What people really want is a cheque in the bank, and I completely get that,” he added.

Mr Eustice said he was not aware of any farmer who had gone bust as a result of the BPS money not arriving, but recognised it had caused “real cashflow problems”.

What people really want is a cheque in the bank, and I completely get that  George Eustice, farm minister

However, the fact the government held regular meetings with the banks, and had provided farmers with letters saying their claims were being processed, had helped.

The Defra minister also defended his decision not to sanction earlier part-payments of BPS money.

This had been the approach in Scotland, and it had led to greater complexity and further delay, with half the BPS money still to be distributed, he said.

With regards the 2016 scheme in England, Mr Eustice said the RPA had got off to a “very encouraging start”. Some 31,000 forms had already gone out and another 29,000 would go next week.

Already, 845 forms had been completed, and another 2,200 had been started.

With forms now pre-populated and it being the second year of BPS, the majority of claimants should find the exercise relatively easy this year, he told the committee.

While steering clear of committing to a specific figure, Mr Eustice noted that 95% of payments had been made in December in 2014, and he was “confident we will be back to normal business” in 2016.

It was not necessary to wait for last year’s statement to start filling in this year’s form, he added.

The RPA has extended the opening of support services for farmers and agents with 2016 Basic Payment Scheme (BPS) applications over the Easter weekend.

The Rural Services helpline (03000 200 301) will be open for 2016 BPS support from 8am to 4pm on Good Friday, Saturday and Easter Monday. Lines should be quieter during this period. It will be closed on Easter Sunday.

Online Support Centres will also be open from 9am to 4pm on Good Friday, Saturday and Easter Monday. To book an appointment, call 03000 200 301.

All BPS Online Support Centre locations can be found on a dedicated page of the government’s main website.