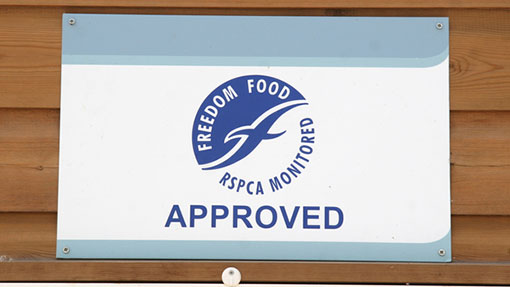 The RSPCA has rejected a call from some of its anti-farming members to sell off the Freedom Food assurance scheme.

The call was among the minutes of a members’ meeting highlighted in a newspaper report this week.

The minutes, taken in June last year and featured in The Times on 12 May, exposed the extreme views held by some society members.

She delivered a speech praising the RSPCA’s campaigning stance against the badger cull pilots and live exports and proposed a motion, calling for this “radical impetus” to continue.

She was seconded by Peta Watson-Smith, who said the charity should sell off Freedom Foods.

“The RSPCA is fully behind its Freedom Food scheme. We are proud it has improved the lives of more than 600 million farm animals in the past 20 years.”
RSPCA spokeswoman

“The RSPCA cannot make claims to protect farm animals while it condones slaughter through its ownership of Freedom Foods, ” Ms Watson-Smith said.

The motion was passed during the meeting with 59 votes in favour and four against.

But an RSPCA spokeswoman played down the more extreme comments and rejected demands to scrap the Freedom Food scheme.

“The motions, even when supported by a majority of people at the meeting, may not reflect the views of all our members and supporters,” she told Farmers Weekly.

She added: “The RSPCA is fully behind its Freedom Food scheme. We are proud it has improved the lives of more than 600 million farm animals in the past 20 years.”