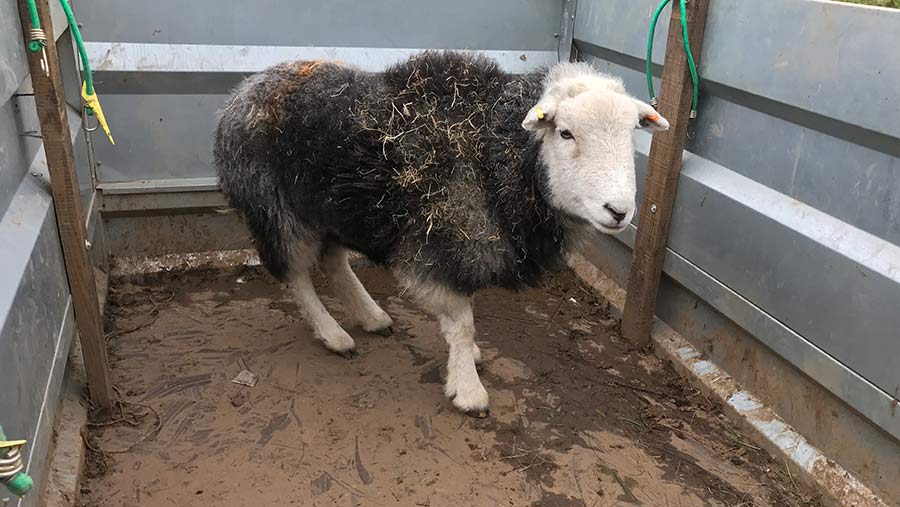 A quick-thinking RSPCA officer saved a sheep from death by rescuing the stranded animal with just one hand.

Dean Wilkins abseiled 30m down a cliff on the Great Orme, in North Wales, to reach the animal, which was trapped precariously on a narrow ledge, only a few centimetres wide.

The Herdwick ewe went to jump and would have plunged to its death, but Mr Wilkins grabbed hold of her with one hand until help came from his colleague, RSPCA inspector Mike Pugh.

See also: RSPCA appeals for dogs to be kept on leads after sheep killed

RSPCA chief inspectorate officer Dermot Murphy said: “There is no doubt that Dean’s quick reactions and strength saved the life of this sheep.

“She would have plunged down the cliff if he hadn’t managed to grab hold of her and hang on until his colleague arrived.

“I’m incredibly proud of Dean and Mike, they are a great example of our rescue team who will go to great lengths to save animals.”

The ewe is thought to have become stranded after she was chased over the headland by a loose dog.

The RSPCA is appealing to pet owners to ensure their dogs are always kept on a lead when around livestock.

Mr Wilkins said: “Given the narrow ledge the ewe was on, we approached extremely cautiously so as not to spook her. But seconds after I had got hold of her, she jumped and I suddenly found myself clinging onto her woolly coat with one hand.

“Everything just happened really fast, although I do remember thinking that I couldn’t hold on for much longer and was super relieved when Mike got down to help.”

Mr Pugh added: “Once Dean had got hold of her and she became airborne, the pressure was then on me to get to them as quickly as possible.

“This resulted in me unceremoniously dangling upside down in mid-air with the sheep on top of me. I recall saying to him with a big grin, Dean, you can let go now, you’re a hero!”

After managing to safely contain the ewe, the officers managed to abseil down to a wider ledge about 5m below, where they placed her in a bag.

The officers then had another 6-7m to descend to the ground, where the relieved owner of the sheep was waiting.

Following a check-up by the farmer, the ewe – who had been monitored on the ledge for several days and provided with hay – was reunited, unharmed, with the rest of her flock.