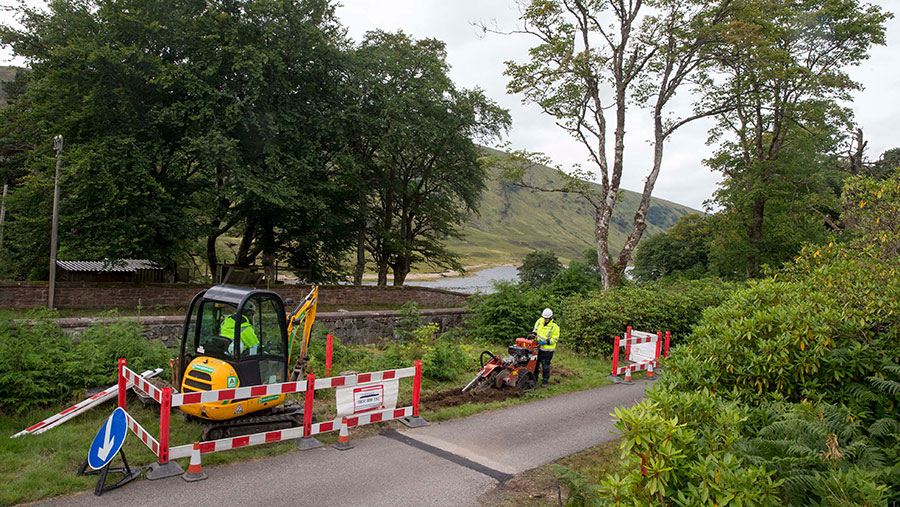 Thousands of farmers could be left with slow broadband for years to come because of a “litany of failures” by government to roll out ultrafast technology to rural areas, according to a group of MPs.

The Public Accounts Committee (PAC) said people living in rural areas “risk being left even further behind” if the government fails to raise its game on rural connectivity.

The warning comes after the UK government revised down its target to deliver nationwide “gigabit” broadband connectivity by 2025 from 100% to 85% of the country.

See also: Is this Britain’s most expensive broadband?

And its National Infrastructure Strategy does not state a target date for when it expects every home to have access to a 1Gbps-capable connection.

Between 2021 and 2025, the government has committed £1.2bn of the programme’s original £5bn budget, pledged in its 2019 election manifesto, to “subsidise the rollout of gigabit-capable broadband… to the hardest-to-reach areas”. There are no details on how and when the remaining £3.8bn will be allocated.

More than 95% of UK premises now have access to fast broadband speeds of at least 30Mbps, according to Ofcom. But about 1.6m premises, mainly in rural areas, can’t yet access fast speeds. Every home in the UK now has a legal right to internet speeds of a minimum of 10Mbps.

How would you rate your rural broadband speed?
Create a survey

In its latest report (PDF), the PAC said it was “increasingly concerned” that the hardest-to-reach areas will be “locked out” of ultrafast broadband for years to come.

Meg Hillier, who chairs the committee, blamed “a litany of planning and implementation failures” at the Department for Digital, Culture, Media and Sport (DCMS) – and said it “must do more” and prioritise consumers in rural areas.

Ms Hillier said: “With the grim announcement that the country and economy will be locked down for months, the government’s promises on digital connectivity are more important than ever.

“Government cannot allow digital inequality to continue to compound and exacerbate the economic inequality that has been so harshly exposed in the Covid-19 pandemic. It needs to be clear about timelines in each area, so that businesses and individuals can plan for their digital future.”

Many rural homes and businesses are struggling with poor broadband during the pandemic, which has caused difficulties for families home-schooling children and people running farm businesses, especially with online services.

NFU deputy president Stuart Roberts said: “As this new report from the Public Accounts Committee highlights, it is completely unacceptable that rural areas continue to be ignored when it comes to digital connectivity.

“British farming businesses rely on having fast and reliable access to the internet, yet, as the last survey of our members revealed, more than four in 10 farmers don’t believe their broadband is sufficient for their business.

“We desperately need to see investment in the country’s digital infrastructure, so farming businesses and the rural economy can continue to meet their huge potential as food producers, as well as helping to tackle climate change and to deliver on our net-zero ambitions.”

Mark Bridgeman, president of the Country, Land and Business Association (CLA), said he was concerned that little progress had been made on rolling out 4G mobile and broadband coverage over the past two years when “significant increases year-on-year” should have been made.

But the DCMS said its gigabit coverage had already been rolled out to 500,000 properties in hardest-to-reach areas.

A spokesman said gigabit-capable broadband had been stepped up from one in 10 households in 2019 to one in three households today.

“We expect that half of all households will have access to gigabit speeds by the end of this year, and the UK is deploying at a faster build rate than comparable countries,” he added.

In September, a report found the UK’s average broadband speed is just 37.82Mbps, placing it 22nd out of 29 countries in western Europe.