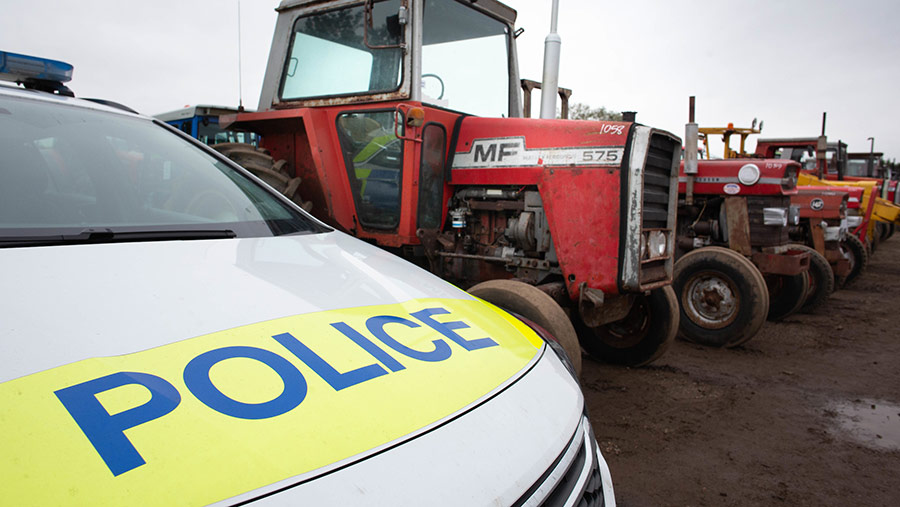 A survey of nearly 2,000 farmers across England and Wales has revealed the true extent and devastating impact of rural crime.

Nationally, farmers reported facing average losses of £4,400 as a result of rural crime, and nearly 60% of respondents said they believed crime levels were increasing.

Police and crime commissioner elections will be held in May, and the NFU is asking all candidates to recognise the severity of the issue and make rural crime a policing priority.

In the East Midlands, more than 150 farmers and growers responded to the union’s survey with nearly half (45%) experiencing one crime or more last year.

Crime has cost farmers in this region more than in any other area, with an average financial loss of more than £7,600 – the next nearest being the West Midlands at £5,463.

The survey also showed that security at regional farm businesses has been beefed up, with East Midlands farmers splashing out, on average, more than £5,500 on crime prevention and security.

More than half (54%) felt that not enough police resources are devoted to tackling rural crime.

In the North East, wildlife crime – particularly hare coursing – was a prominent threat, with 51% of farmers saying they were subjected to regular farm incursions.

In Wales, one in five farmers said they were a victim of rural crime in 2020. More than half of the crimes were theft (52%), almost a third (29%) involved trespass, and 16% were fly-tipping.

NFU Cymru president John Davies said: “The statistics from our survey are all the more disturbing when you consider that they are drawn from a year when the nation was largely ‘locked down’ due to coronavirus restrictions.

“Only 55% of our survey respondents reported the crimes that had taken place on their farms.

“Our industry has a role to play in ensuring that police forces have an accurate picture of the level of rural crime in their patch, so it is absolutely vital that we report incidents and suspicious activity, no matter how insignificant they may seem.”