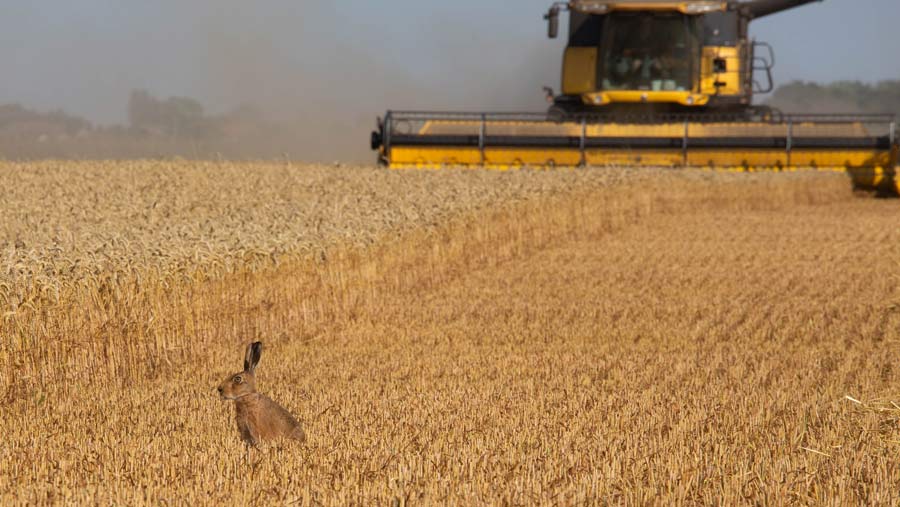 Rural groups say they are disappointed after proposals to give police and the courts more powers to disrupt hare coursing were rejected in parliament.

The suggested amendments to a new crime bill under consideration by the government sought to increase penalties for hare coursing, allow the courts to disqualify offenders from owning or keeping dogs, and allow the police to recover kennelling costs for dogs that have been seized.

Defra confirmed in May its plan to crack down on hare coursing by updating ancient poaching legislation as part of an “action plan for animal welfare”, after years of intense lobbying by a coalition of farming and countryside groups.

The Police, Crime, Sentencing and Courts Bill is seen by rural groups as the ideal legislation to give police and criminal courts more power to disrupt hare coursing and better protect farmers.

But the amendments to the bill, led by the Lord Bishop of St Albans in the House of Lords, were withdrawn after the government said it needed more time to work out its approach to tackling hare coursing.

The Bishop of St Albans said the changes would have addressed “substantial weaknesses” in existing law, adding he was disappointed the government could not give a timetable for when new measures would be in place.

The delay has also frustrated rural groups, who complain that much-needed tougher laws are taking too long to arrive.

David Bean, parliamentary relations manager for the Countryside Alliance, said: “The government repeated what we have heard time and again over years – ministers are looking at it; it will take time; we need to get it right.

“We have heard it all before. What we need is a government prepared to seize the opportunity of the Police Bill to accept these amendments and finally deliver.”

Research by the Yorkshire Agricultural Society has revealed the impact of hare coursing on farmers. Charles Mills, director of the Great Yorkshire Show, said any delay to introduce tougher laws was “hugely disappointing”.

He added: “As our survey of more than 300 farmers found earlier this year, this is a crime that continues to cause distress to farming families and costly criminal damage to farms.”

The Country Land and Business Association (CLA) said many members no longer see hares on their land, but this has not stopped criminals breaking through gates, wrecking crops and intimidating families.

Outgoing CLA president Mark Bridgeman said: “While Defra had pledged to introduce legislation that will undoubtedly strengthen the powers of police and courts, it’s disappointing to see that government was not able to support the Bishop of St Alban’s amendments.”

Defra said it was committed to addressing hare coursing, including through legislation when parliamentary time allows.