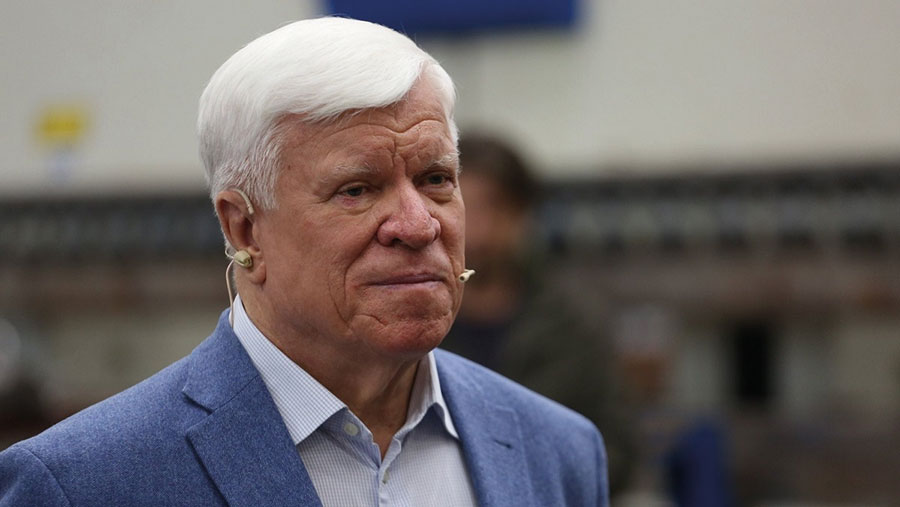 A revered Ukrainian businessman and co-founder of grain production and export giant Nibulon has been killed with his wife during Russian shelling of the southern port city of Mykolaiv.

Oleksiy Vadaturskyi, 74, and his wife, Raisa, were killed in their home in the attack, described by president Volodymyr Zelenskyy as “one of the most brutal shellings” since the war started.

In 2007, Mr Vadaturskyi was awarded the title “Hero of Ukraine” for his contribution to agriculture in the country.

Since its creation in 1991, Nibulon has built storage facilities and other infrastructure for grain exports.

The company has its own cargo fleet, as well as a shipyard in Mykolaiv, where Nibulon’s central office is located. In 2021 it shipped a record 5.64m tonnes of agricultural commodities.

Following the shelling of Mykolaiv in the early hours of 31 July, Nibulon said in a statement: “The entire 7,000-strong team of the Nibulon company and all of Ukraine suffered an irreparable loss.

“On this sad day, a significant part of each of us was gone.

“As befits a true hero and patriot of Ukraine, Oleksiy Vadaturskyi always stayed in his native Mykolaiv and helped the city during the war. He always believed in Ukraine and directed his own efforts to its development and prosperity.

“By his example, he proved more than once that any idea that is important for society and for Ukraine, if you fight for it, will be implemented.”

An adviser to president Zelensky’s office said he believed the Russian attack on Mr Vadaturskyi’s house was deliberate.

Meanwhile, 26,527t of corn has left the port of Odesa, bound for the Mediterranean port of Tripoli, Lebanon

The Razoni is the first commercial ship to leave a Black Sea port since February, UN secretary-general Antonio Guterres said, under the special deal brokered by the UK and Turkey.

Mr Guterres added that ensuring “existing grain and foodstuffs can move to global markets is a humanitarian imperative”.

The first commercial ship leaving the port of Odesa since February has sailed for Lebanon, carrying 26,527 tonnes of corn.

This is an achievement of the Joint Coordination Centre under @UN auspices, comprised of representatives of Ukraine, the Russian Federation & Türkiye. pic.twitter.com/zQmR0lKmHK