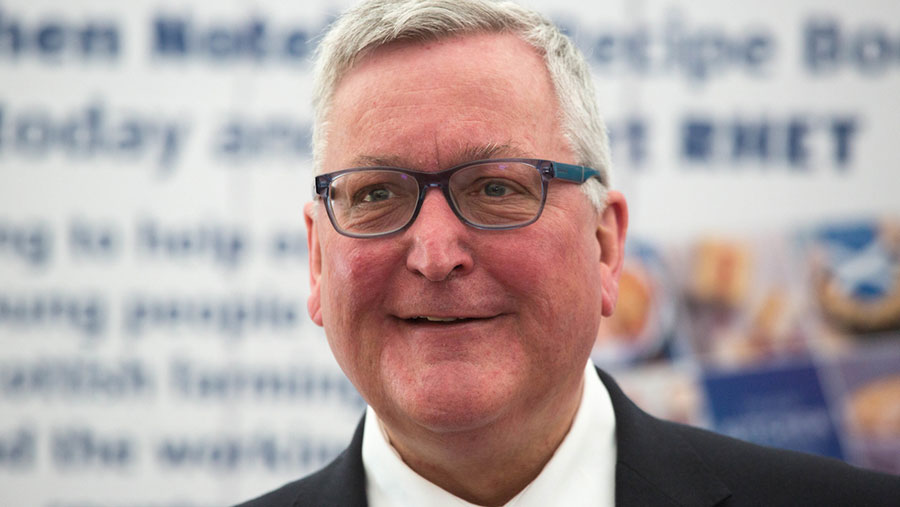 Any cessation of farm support, or major change to the way subsidies are delivered post Brexit, will have a serious impact on the whole of rural Scotland, rural economy secretary Fergus Ewing has warned.

In a tersely worded letter to Defra secretary Michael Gove, Mr Ewing said a lack of clarity from Defra about future funding and support arrangements is holding Scottish farmers back.

See also: Scots in line for 90% BPS loans this autumn

“It is crucial that support for farmers is maintained at current levels, to both support our farming sector and for the upstream and downstream benefits it brings to communities and wider rural businesses.

“Any cessation, or even hiatus, of support risks significant impacts beyond the farming sector, including risking land abandonment and rural depopulation.”

Mr Ewing has therefore challenged Mr Gove to provide more detail about how future funding will be provided.

“In your recent speech at a WWF event, you stated that ‘this government has pledged that, when we leave the EU, we will match the £3bn that farmers currently receive in support from the CAP until 2022’. But, there is no clarity of what this means,” he wrote.

In particular, Mr Ewing wants confirmation that, as well as Pillar 1 payments (BPS and Greening), the guarantee also covers Pillar 2, which includes things like the LFA Support Scheme (LFASS) and new entrants schemes, which are disproportionately important to Scotland.

The letter also demands confirmation on whether Mr Gove plans to allow the Scottish government to deliver the funding through its current schemes “with adequate flexibility to ensure that they are designed to meet the outcomes for Scotland”.

Additionally, Mr Ewing wants clarity on what 2022 actually refers to. “I hope this means applications submitted in 2022 on the Single Application Form (SAF), or contracts entered into in the 2022 calendar year for those schemes that do not use the SAF, which are then paid in subsequent years.”

Without certainty of funding what schemes will be permissible, forward planning is virtually impossible, said Mr Ewing.

In response, a Defra spokesman said the secretary of state recognised the importance of stability and certainty for farmers. “That is why will continue to commit the same cash total in funds for farm support under both pillars of the CAP until the end of this parliament.”

He also explained that Mr Gove was in Scotland on Friday (15 September) meeting representatives of the farming industry “so they can help shape future policy outside the EU”. “We’ll continue working with farmers from across the UK as we develop our new approach.”