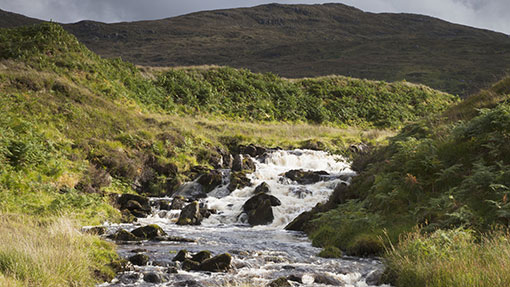 A high-level meeting to discuss watercourse management in Scotland is needed to tackle future flooding problems, according to NFU Scotland.

Scotland has not suffered flooding to anything like the same extent as parts of England and Wales, but there are many individual farmers who have experienced significant damage.

NFU Scotland president Nigel Miller has written to environment minister Paul Wheelhouse and SEPA chairman David Sigsworth asking for the regulations and guidance on watercourses to be examined in light of problems this winter.

“I have watched with dismay as farmers and rural residents in many parts of England and Wales have battled with flooding over recent weeks,” he said.

“Whilst Scotland has not suffered to the same extent, there are many farmers who have individually experienced significant damage and losses.

“This, coupled with a groundswell of opinion that regulation of management of watercourses is too confusing, expensive and restrictive – and is thus reducing the resilience and productivity of Scottish farming – means that I feel the time has come for a review of this issue here in Scotland.”

See more Flood-hit farmers: How you can help?

Mr Miller said it was highly likely that higher rainfall and more extreme rainfall events would typify the climate in Scotland.

The Scottish government and SEPA needed to engage in discussion about how to rebalance regulation of the management of watercourses, rather than waiting for events to bring about a crisis that affected farmers, taxpayers and government.

“Due to years of restrictive, expensive and confusing regulation, a large number of farmers have heavily silted or gravelled watercourses, which are negatively impacting on field drainage and watercourse carrying capacity,” he said.

“This is reducing the productivity of farmland, increasing the diffuse pollution risk, and increasing climate change emissions.

“Alongside this, NFU Scotland would like to see substantive progress on implementing payments/mechanisms for farmers to do natural flood management, as progress to date on this has been disappointing.”