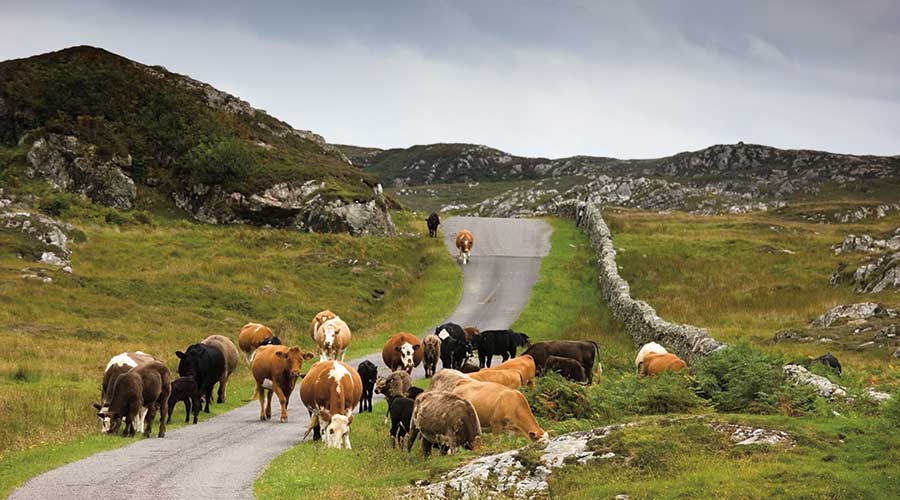 Changes in market prices and agricultural policy are predicted to have a major effect on the structure and resilience of Scottish agriculture after Brexit, according to a new independent report.

As well as looking at the trade implications, the analysts have also considered the effect of removing the Basic Payment Scheme (BPS) under a new domestic agricultural policy, while retaining agri-environment scheme payments.

They found that, in every scenario, Scotland’s farmers would be worse off compared with the current trade arrangement, with some or all producers facing lower returns.

Looking at prices in isolation, it was apparent that a free-trade agreement with the EU would have little effect on prices compared with what is expected to happen if the UK stayed in the EU.

Should the UK adopt a more “fortress” approach after Brexit and apply WTO tariffs on all imports, beef and dairy would see substantial price increases due to import substitution, while sheep values would tumble.

But under a “trade liberalisation” scenario, all three of these sectors would see prices drop away.

The full effect of Brexit, however, can only be ascertained by looking at likely changes in the domestic support regime, and the SRUC report considers the effects of BPS removal.

This is predicted to lead to a substantial decrease in the viability of the Scottish beef and sheep sector, particularly when combined with any trade liberalisation.

For example, 89% of specialist sheep farms would be making losses in 2022 and the number of suckler cows in Scotland would be expected to fall by 28%.

Commenting on the report, Scotland’s rural economy secretary, Fergus Ewing, said: “This study confirms once again what the Scottish government has been saying all along – that the interests of farmers are best served by remaining within the EU.

“In all scenarios, failure to replicate the current trade arrangements with the EU will have a detrimental impact on farmers, with our sheep sector under particular threat.”

However, he added there were also opportunities. And the researchers stressed the models only projected the possible effects of Brexit under specific changes and did not amount to predictions.