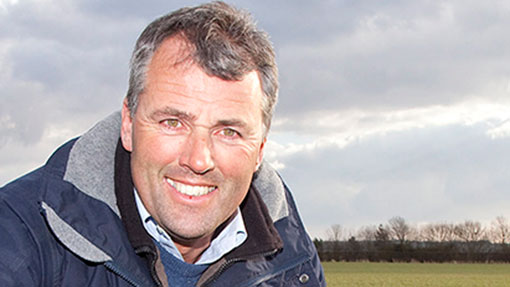 The search for a large-scale storage depot for straw and fodder collected to help flood-hit farmers in Somerset is under way, according to Forage Aid founder Andrew Ward.

Mr Ward, who was named Farmers Weekly Awards 2013 Farming Champion of the Year , said he had just come back from three days in Somerset and had been looking at possible sites for a new storage hub.

Sedgemoor Market has been acting as a central point for Forage Aid deliveries and collections, however the goal is to move it to an alternative base.

“The supply of fodder is OK in the short term, but it is the longer term that is the worry,” said Mr Ward.

“What we are looking for is something that is secure, is undercover and has 80,000-100,000sq ft of space. It also needs to be in an area that is not far from Sedgemoor and easily accessible by lorries.”

Mr Ward said he had been amazed at the resilience of the farmers he had met during his time down in the West Country.

But he warned the relief effort would need to go on for some time as the producers who had been flooded would have little access to grass this year, even after the waters subsided.

“It is going to be like winter for them for the next 18 months.”
Andrew Ward, Forage Aid founder

“It is going to be like winter for them for the next 18 months,” he said.

Mr Ward praised the generosity of the farmers who had donated stocks or money and the companies that had been helping out with Forage Aid deliveries.

For example, Tesco had been bringing in four to eight lorry loads of feed and straw into Sedgemoor Market each day, he said

It had also lent the expertise of a logistic manager to help improve organisation, he said.

In addition , JCB had lent three telehandlers and a Fastrac to help with the unloading of lorries while Bailey trailers had donated the use of two bale trailers.

See more: Get more advice and news on the flooding