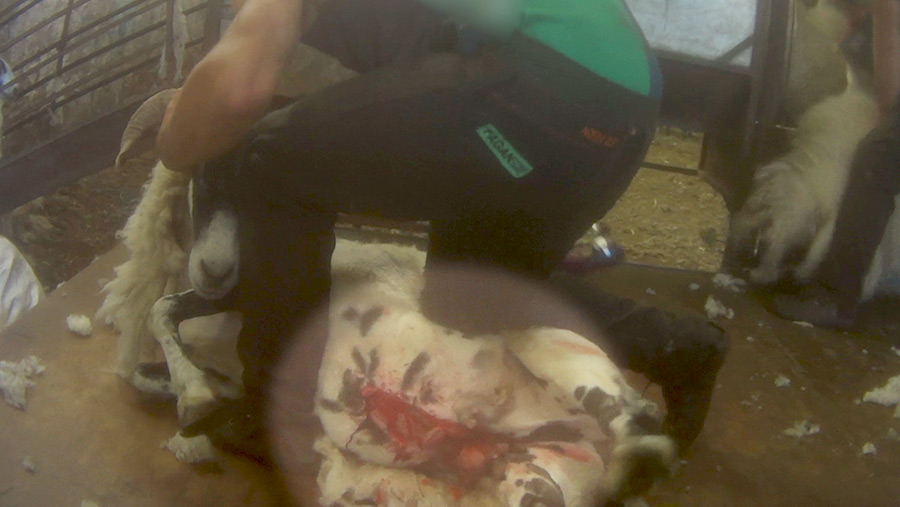 The Scottish SPCA has launched an investigation into footage that allegedly shows the abuse of sheep in a number of Scottish shearing sheds.

Animal rights group Peta Asia has released footage which it says was taken under cover on 24 sheep farms in Scotland toured by a shearing contractor earlier this year.

The footage shows sheep being kicked in the face and beaten by wool workers and thrown from shearing trailers.

See also: What happens to wool once it leaves the farm

One of the sheep was suffering from mastitis and couldn’t stand up, and a worker explained that the animal was going to be shot.

Peta Asia says that because shearers are paid by volume, not by the hour, this encourages violent handling that leads to gaping wounds on the animals’ bodies, which shearers stitched up using a needle and thread but no pain relief.

The organisation has submitted a 12-page formal complaint, along with evidence, to the Scottish SPCA to launch an investigation. It says criminal charges should be filed against the workers for animal cruelty.

The farming industry has expressed its sadness over the cruelty claims.

NFU Scotland said it was investigating these claims and the validity of the videos. The union stressed that the images “do not reflect the standards expected on Scottish farms”.

NFUS animal health and welfare policy manager Penny Middleton said: “We would support action being taken against the individuals shown, if these images are indeed from Scottish farms.

“Animal welfare is of the utmost importance to Scottish livestock farmers and the industry prides itself on achieving high standards of animal welfare. The behaviour shown in the Peta videos is by no means typical of shearing in Scotland.

“Shearing is a necessary part of keeping sheep. Without shearing, the fleece becomes too thick and heavy for the sheep, causing it to overheat, and can result in painful skin conditions. Shearing should be carried out calmly and carefully, but to suggest that sheep should not be shorn is irresponsible.”

In a statement, British Wool said it was “shocked and saddened”. It added: “We would like to point out that the vast majority of the thousands of shearers in the UK operate to the highest standards of animal welfare, which is an integral part of all our shearing courses.”

In August, Peta Asia released footage of alleged cruelty from contract shearers working on English sheep farms. It is unclear if the same contractors were filmed on Scottish farms.

Scottish SPCA chief superintendent Mike Flynn said: “We can confirm we have received reports of alleged abuse within wool farms in Scotland. Our investigations are ongoing.”

Do you know a great sheep farmer who deserves recognition for the way they have developed their farm business?
Enter or nominate today
See more
Share this