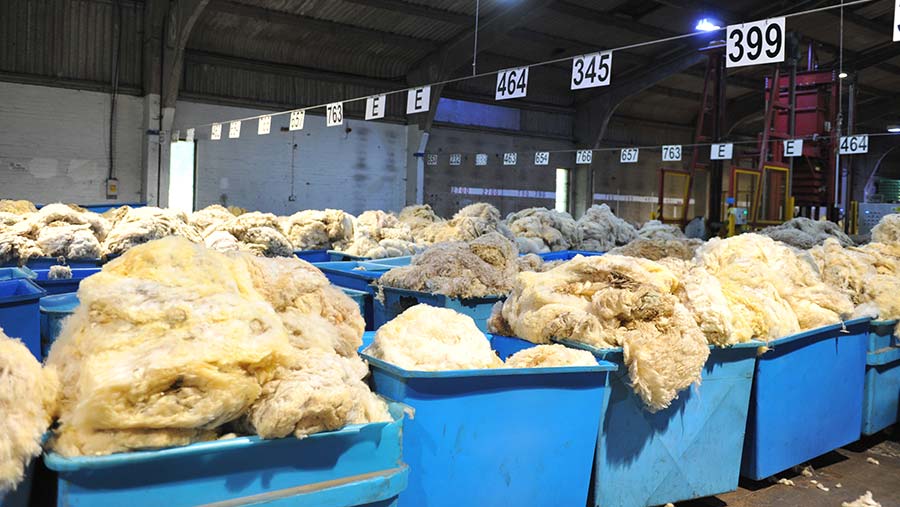 The UK’s national sheep flock supplies British Wool with 30 million kilograms of wool annually – but what happens to the fleeces once they leave the farm?

Farmers Weekly visited the British Wool depot at Newtown, Powys, to find out how the price paid to the co-operative’s 40,000 farmer members is established and what they can do on-farm to command a higher return.

Dozens of trolleys packed with fleeces fill the depot’s grading area after they have passed through one of six grading tables.

Head grader and joint depot manager Peter Penlington is working at one of the tables, grading each fleece based on wool fibres and colour, condition and cleanliness.

Each of these factors influences the grade allocated to a fleece and ultimately the price the farmer is paid for it. 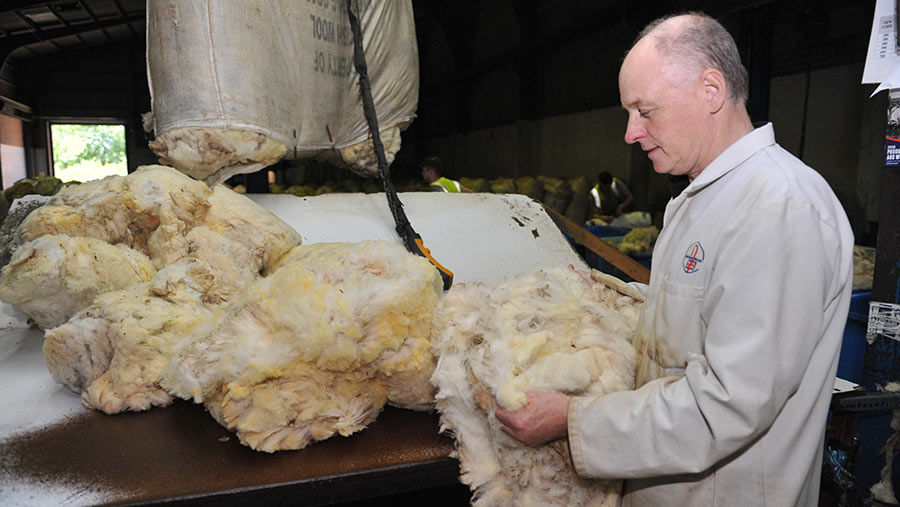 Peter Penlington at the grading table

Mr Penlington grades up to six tonnes of wool a day, sorting by wool type rather than breed.

An observation he has made in recent years is that the increased use of straw choppers for bedding housed flocks is affecting the quality of fleeces.

“The machines chop the straw so finely that it gets to the staple – the base – of the fibre and it remains there.

“It means that the wool can’t be placed in the better grades, it goes into the ‘V’ grade and there is a penalty for that.’’

Annually, the Newtown depot handles 5.5 million kilogrammes of wool from 6,000 farmers. Across the UK, 40,000 farmers trade about 13 million fleeces through 11 British Wool depots.

Volume has been steady in the past 10 years after taking dips during the 2001 foot and mouth outbreak and in 2006, when subsidies shifted from headage payments.

Most of the wool – 80% – comes into the depot between June and September and casual staff are drafted in during this period to help the 16 full-time employees.

After the wool bags, known as sheets, from each farm are weighed and the fleeces graded, they are mixed with those of the same quality, at which point they cease their traceability to the farmer; the value of the wool to the farmer will depend on the grade. 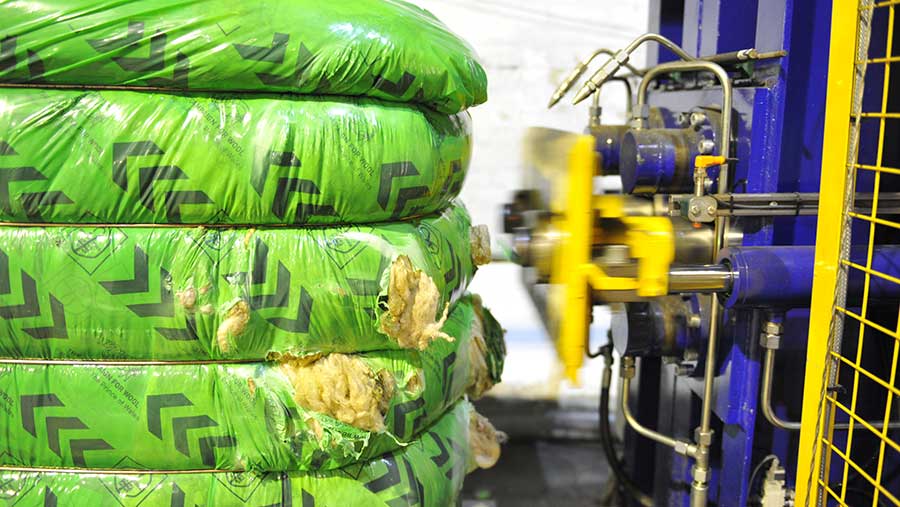 A sample is mechanically taken from the middle of a bale

Once 350-400kg of a particular grade is collected, those fleeces are compacted into a bale.

The wool is sold in lots of eight to nine tonnes but before this is done it must pass through another quality assurance stage – a probe takes a small sample from the centre of each bale and this is analysed at an independent laboratory in Caernarfon for fibre fineness, colour, vegetable matter content and yield.

The wool is listed in a sale catalogue and these are circulated to buyers a week before the electronic auction, to help them plan what they want to buy.

British Wool doesn’t buy the wool from farmers – it sells it on their behalf and returns the value to them once it has been sold, minus costs.

“We pay an advance on the current year’s wool and a balance on the previous year,’’ Mr Jones explains.

To encourage new producers, British Wool pays new entrants all of their clip value as an upfront payment for the first two years.

Under its new chief executive, Joe Farren, the co-operative is focusing heavily on product development which could significantly increase prices paid to farmers in the next five years.

“We are becoming more efficient and cost-effective and identifying innovative ways of using wool and also getting a higher percentage of British wool into existing products,’’ Mr Jones says.