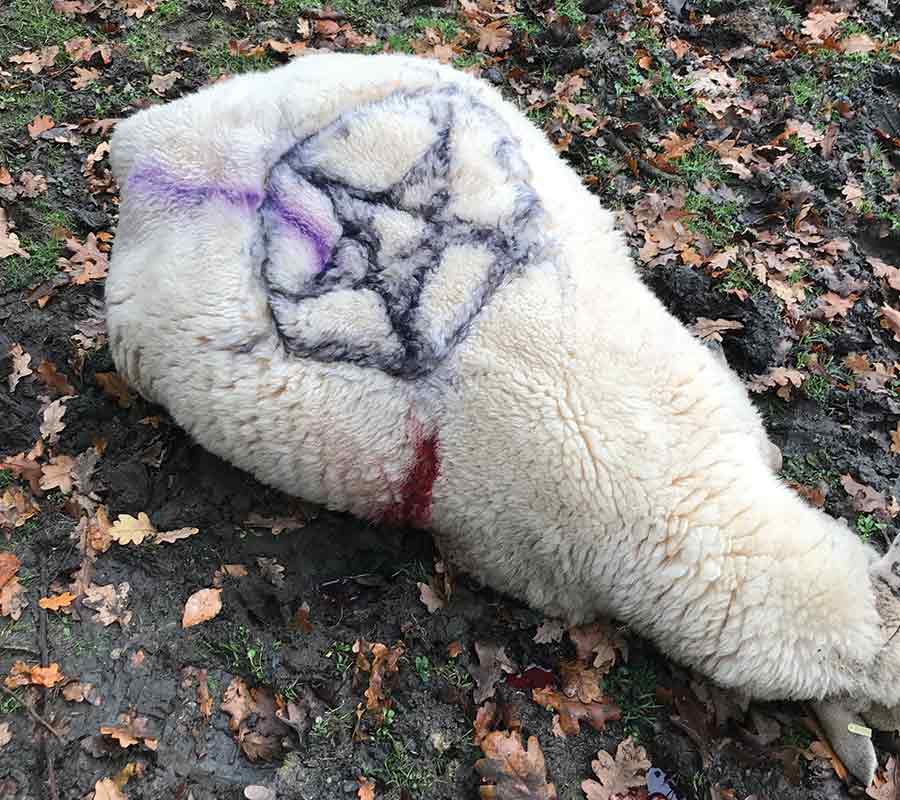 Police are investigating a spate of livestock attacks and the appearance of occult symbols in the New Forest.

One sheep was fatally stabbed and marked with pentagrams – a five-pointed star associated with occultism – near the village of Bramshaw. The dead ewe had a puncture wound to its side.

Cows have been found with stab wounds in two further attacks in the area, which police believe could be linked.

A heifer was let out on a field in Bramshaw and when it returned was found to have a wound on its neck.

Two calves that had been let out in the Linwood area returned with small wounds to their shoulders.

In both these incidents, vets have treated the cows for their wounds and the animals are expected to make a full recovery.

Meanwhile, satanic symbols including an inverted cross and the number 666 have been sprayed on the door at St Peter’s Church in Bramshaw.

The attacks took place between 12 and 20 November.

Sgt Andy Williams, of Hampshire Constabulary’s Country Watch team, said: “These incidents are unusual in the New Forest. We are looking at the circumstances of each one to see if they are linked, and to see how these animals came to be injured.

“If you have any information that could help our enquiries, then please call 101, quoting the crime reference number 44190416137.

“We would also urge anyone who uses the New Forest, including commoners, to be vigilant. Please contact us if you see anything suspicious, even if you think what you have seen or heard is not that important.”