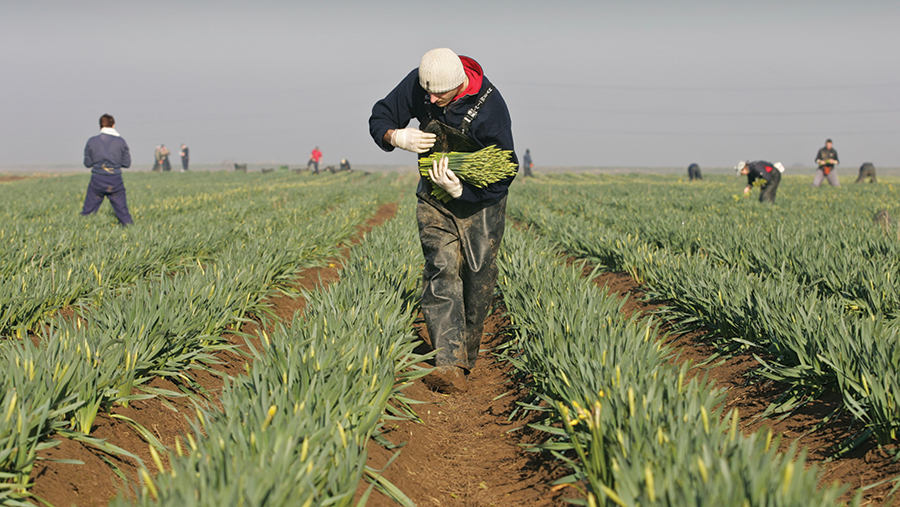 The shocking extent of labour exploitation and modern-day slavery in agriculture has been laid bare in a new report by the Gangmasters and Labour Abuse Authority (GLAA).

Drawing on its extensive work with victims and offenders, the GLAA has concluded that the agricultural industry is a “high-risk” sector for exploitation and abuse of seasonal workers, including poor wages and working conditions.

The report, The Nature and Scale of Labour Exploitation Across All Sectors Within the United Kingdom, paints a bleak picture when it comes to labour abuses in the agricultural sector.

The Modern Slavery Act 2015 categorises offences as holding a person in a position of slavery, servitude, forced or compulsory labour, or facilitating their travel with the intention of exploiting them soon after.

In the UK, the number of modern slavery cases rose by 35% from 2016-17, with agriculture and the food industry among the worst sectors. An estimated 10,000 to 13,000 people are being exploited in the food and farming industry.

In agriculture, some workers – mainly Romanian and Bulgarian men in their 20s and 30s – are putting in 15-hour days in “horrific” conditions for less than the minimum wage.

Workers from eastern Europe, especially Poland and Lithuania, are also regularly being exploited.

But some licence holders have been subject to scrutiny concerning possible serious labour exploitation, the report says.

Labour users are being approached by companies and individuals, including those that are not licensed, who are offering to supply labour for £50 to £100 per worker, or a charge rate of 20%.

In the UK, gangmasters are charging seasonal workers up to £50 for work during the flower and vegetable and fruit picking seasons.

Seasonal workers are regularly accommodated at caravan parks, with many sites housing a large number of workers.

However, the conditions at some sites are described as “horrific”, with farmworkers expected to live in overcrowded and unsanitary conditions.

Complaints have been made of some supervisors being abusive and violent, with a small number of assaults reported, the GLAA says.

There have also been health and safety concerns at some agricultural sites, with serious incidents reported.

Social media is being used to recruit agricultural workers who go on to be exploited, with some arriving in the UK for work that doesn’t exist.

Field work is often not the first choice for workers, with several believing that they would be working in the pack-house when recruited – and for which workers have sometimes paid money to overseas agencies for.

Some agencies inform workers that they have to work in fields before they can move to factory work.

There are workers reportedly living and sleeping in vans which transport them across the UK for days at a time, with the driver both working and driving to the next venue.

In many cases, abused workers are being paid less than National Living Wage rates (£7.83/hr for workers aged 25 and above), especially when deductions are made for accommodation and/or transport.

The report also highlights workers not receiving their payslips and/or wages, or payslips not accurately reflecting the hours or nature of the work completed. “This falsification can make it appear that workers are being paid a fair hourly rate.”

The GLAA says it has received information that supervisors are “knowingly sourcing” illegal immigrants to work in agriculture. Reports of under-age workers in the food industry are also being reported.

Roger Bannister, GLAA chief executive, says: “The sad reality is that the criminality that drives exploitation and slavery is quite close to home in the towns, cities and countryside in which we live and work.”

Food and farming campaign group Sustain says parts of the food system are “clearly broken” when it comes to protecting workers and a lack of enforcement of employment regulations is leading to huge exploitation in agriculture.

Vicki Hird, Sustain’s farming campaign co-ordinator, says: “Agriculture workers are getting sporadic pay and at different rates, and there is too much evidence of criminality and slavery in food processing.

“The report shows that the growth of complex supply chains – where a drive for cost savings is leading to abuse – are often to blame.”

Sustain has called for changes in how the whole food chain is managed, including better enforcement and monitoring of existing rules to tackle slavery and exploitation in agriculture.

The role of the Gangmasters and Labour Abuse Authority

The primary objective of the Act is to curb the exploitative activities of gangmasters – a term used widely in agriculture to describe labour providers – the majority of whom run reputable and legitimate businesses.

The GLAA regulates the activities of gangmasters through a licensing scheme for labour providers operating in regulated sectors. Since April 2007 it has been illegal to supply workers to the agriculture, horticulture and associated processing and packaging sectors without a licence.

The scheme provided an efficient supply of labour to the horticultural sector for 60 years.

It allowed fruit and vegetable growers to employ migrant workers from Bulgaria and Romania as seasonal staff for up to six months at a time.

But the government decided to close the scheme in 2013 after claims that there should be sufficient workers from within labour markets to meet the needs of the horticultural industry.

An NFU survey revealed a 29% shortfall in labour supply for September, almost double the number in 2016. The union has warned that labour shortages could result in more crops could left to rot in the ground this summer.

Speaking at the NFU Conference in February, Defra secretary Michael Gove said farm leaders had put forward “strong and compelling” arguments for a new scheme. But no announcement has been forthcoming.

A Cornish gangmaster who skimmed pay and ordered workers to work double shifts with insufficient breaks had her licence revoked by the GLAA in February.

Neringa Butkeviciute also failed to pay workers all they were due and charged for accommodation in caravans that were deemed both unsanitary and unsafe.

The 29-year-old operated her business DNK Recruitment out of the Bosparva Caravan Park in Leedstown, Hayle, where she provided workers for various roles in the horticulture sector.

But an inspection by the GLAA last December found serious issues with the way the business was being run.

Caravans being used to accommodate workers were found with leaking waste pipes, broken doors and windows, mould on walls, curtains and windows.

There was general overcrowding, defective smoke detectors and electric heaters placed close to bedding. A leaking shower that had caused the floor in one van to collapse.

There were also insufficient washing and laundry facilities, which left workers with no choice but to wear damp clothes, while the laundry room floor was covered in water despite the room containing electrical equipment.

Miss Butkeviciute supplied one worker for 18 consecutive days from 2-19 July. On 13 July the same worker had a break of only 2hrs 59mins between shifts.