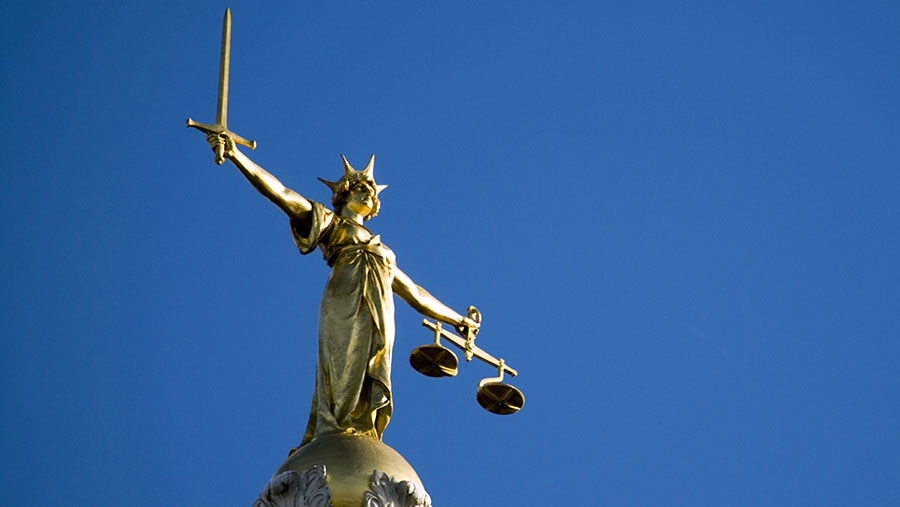 A Shropshire dairy farmer has been ordered to pay £36,170 after pleading guilty to illegally abstracting water and failing to properly manage nitrate pollution.

The Environment Agency (EA) discovered Edward Fair, of Peatswood Farm, Market Drayton, abstracted more than 20,000 litres of water per day from a borehole on the farm without an abstraction licence, between May 2015 and April last year.

Between October 2016 and last April, the 55-year-old was abstracting an average of 67,000 litres of water per day – more than three times the legal limit.

See also: All you need to know about water abstraction licensing reform

This water was being used in farming activities but was also being supplied to eight nearby tenanted properties, Telford Magistrates’ Court was told on Monday (16 April).

An investigation carried out by environment officers from Newcastle-under-Lyme Borough Council revealed the water supplied to these properties was failing quality standards for nitrates between 2014 and May 2016.

Officers served a formal notice on Mr Fair in October 2015, requiring him to notify the residents of the supplied properties advising them the water was not fit for consumption due to high nitrate levels. The farm lies in an area designated as a nitrate vulnerable zone.

The notice was withdrawn in May 2016, as a result of improvements made to the supply infrastructure by Mr Fair, including installation of a chlorination dosing pump.

Mr Fair’s barrister told the court high nitrate levels in drinking water had been caused in part by tenants removing nitrate filters installed within the properties because they caused a reduction in water pressure.

He admitted Mr Fair had failed in his obligations under the legislation in nitrate pollution prevention regulations, but he had sought out new professional advice and was working to improve his farming practices.

The charges were brought by the EA under the Nitrate Pollution Prevention Regulations 2008 and Sections 24 (1) and (4) of the Water Resources Act 1991.