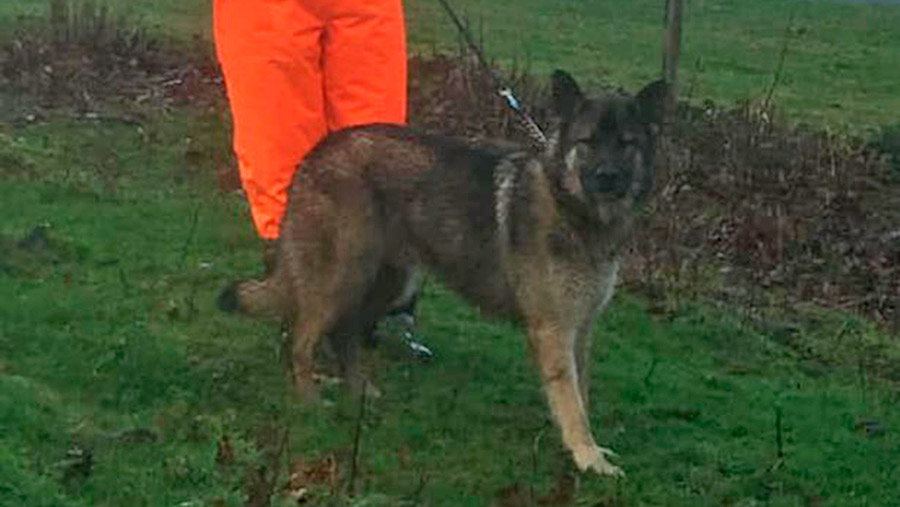 The German shepherd dog after it was recaptured © Huw Williams

Six in-lamb ewes have been killed after a loose German shepherd dog went on a killing rampage at a popular tourist spot.

The attack on Tom Parry’s flock in Moel Famau happened on Saturday (8 December). The owner has paid £900 in compensation to the farmer.

Mr Parry told the North Wales Daily Post: “People will think that it’s a vicious dog but it’s not. It’s just a normal family pet but I’d like people to realise what they can actually do when they see and chase sheep.”

He said: “Even though it was a difficult situation we’ve come away with some positives in that a young dog has been spared from being put down. And the owners have promised to send it off to be trained.

“Six sheep were killed but we don’t really know how many more were injured and the ewes were heavily in lamb and we don’t know if they will be aborting in the future.”

Councillors in Denbighshire described the attack as “devastating” and they have reminded all dog owners of the need to keep their pets on leads at all times in the countryside – especially around livestock.

Cllr Tony Thomas, from Denbighshire County Council, said he and colleagues were horrified by the incident.

“We have been working on a campaign across the Area of Outstanding Natural Beauty and the wider Denbighshire countryside to encourage dog owners to keep their animals on a lead. It’s all about changing attitudes and behaviours.

“We have held awareness campaigns on site to promote the fact that the country park is common land with sheep grazing across the hill and dogs should be kept on a lead. 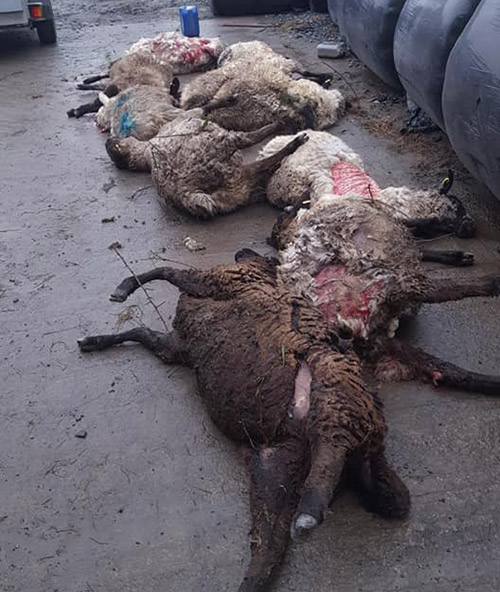 “We have also worked with North Wales Rural Police and local graziers to raise the profile of the dog campaign with social media messages, short films and posters on site.

“We believe we have seen positive improvements from many dog walkers, with more dogs being kept on leads and those wanting their dogs to be able to be exercised off lead walking through the forest instead of the open grazed hill.

However, unfortunately, as in the incident at the weekend you only need one dog to be off lead out of control around sheep to have a devastating impact.”

Meanwhile in Northern Ireland nine sheep were killed and a further three had to be put down following an attack by two or three loose dogs in Keady, Co Armagh.

Earlier this week, Farmers Weekly reported that supermodel Claudia Schiffer paid a farmer in Northamptonshire £8,000 in damages after her German shepherd, Rollo, escaped from her home and attacked a sheep flock in Culworth.