Farming methods that build resilience to climate change and protect an aquifer are being trialled on the South Downs National Park.

The Aquifer Partnership (TAP) is working with farmers on trials that look to improve soil quality and prevent nitrates leaching into the groundwater around the south coast city of Brighton.

The partnership, made up of the South Downs National Park Authority, Brighton & Hove City Council, Southern Water and the Environment Agency, is funding a number of farms as part of three-year trials and will then evaluate the impact.

Aimee Felus, TAP programme delivery manager, said there had been a positive response from the farmers involved.

“We know climate change is increasing pressure on the aquifer,” she said. “Droughts can concentrate pollution levels in the groundwater, while heavy downpours can strip away soils and significantly increase the amount of nitrates leaching into the chalk.

“However, working together with farmers we can increase our resilience. So much of the South Downs is farmland and farmers are our first line of defence in protecting the groundwater,” Ms Felus added.

The trials are part of a five-year, £500,000 project that was first launched in March of this year, aiming to tackle rising nitrate levels in groundwater that leaches into the aquifer from both urban and rural sources. 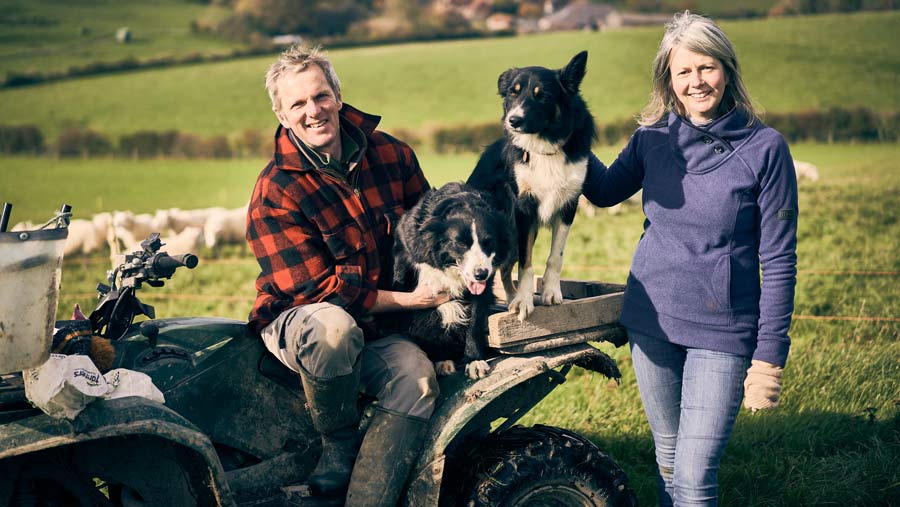 Two of the farmers involved in the trial are Camilla and Roly Puzey, at their 182ha sheep and beef farm near Brighton.

The National Trust tenants are trialling regenerative grazing, where livestock is allowed to graze more intensively for shorter periods, and then the pasture is left to recover for longer periods.

As part of the trial, the Puzeys want to reduce sheep numbers and increase cattle, as the cattle are more suited to the system, being less selective grazers than sheep.

Mr Puzey said: “We are already seeing the benefits. If we hadn’t started to implement the system this year we would be struggling to find enough food for our animals due to the lack of rain we have had this summer.”

An Albrecht soil analysis will be taken to establish a baseline. This includes a worm count, infiltration test and soil structure examination. This will be repeated in three years’ time to monitor the change.

Farmers are being encouraged to take part in World Soil Day on 5 December.

The event will drill home the importance of healthy and fertile soil. NFU environment forum chairman Phil Jarvis urges British farmers to get involved, with awareness about soil health and interest in regenerative farming at an all-time high.

You can join in with World Soil Day 2020 on social media. Post your messages, photos and videos using the hashtags #WorldSoilDay and #backBritishfarming