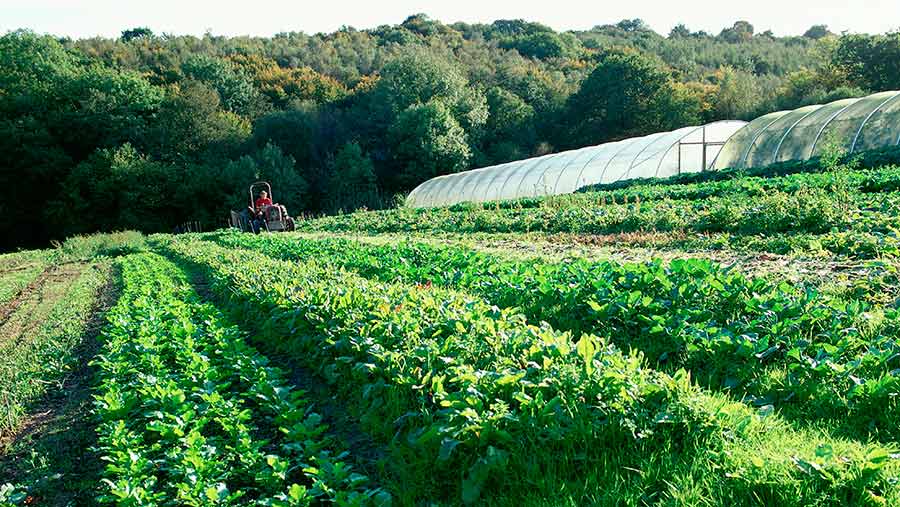 Food and farming lags behind other industries when it comes to providing accurate information about how differences in production systems affect quality, writes Peter Melchett, policy director at the Soil Association.

We take for granted that companies using wood and paper can proudly say they use material from Forestry Stewardship Council (FSC) certified forests, meeting higher standards than non-FSC timber.

There are advantages with plastic that can be recycled compared with packaging that can’t. And companies using 100% renewable power have green credentials worth boasting about.

Accurate information about differences in quality and systems of production allows us to make well-informed choices about how we spend our money.

See also: How farming can profit from healthier diet trend

For the first time in 70 years, Defra secretary Michael Gove has opened the gates on a quiet, and almost unnoticed, food revolution. His plans for public funds to support a farming system that aims for the highest quality signals a dramatic change in how the public, retailers and farmers will view the food we produce.

This is no surprise – without automatic EU subsidies paid whatever we produce, there is no way English farming can compete on a world market based on price alone.

This dramatic change has been largely unremarked, but it will turn upside down a basic plank of UK farming and food policy which has been in place since the Second World War.

For all that time, the standard mantra from farmers has been the industry must avoid “gold-plating” regulations and there has been a consistent, deeply held and vigorously pursued argument that all food produced in the UK is of the same standard.

Until recently, Defra was solemnly insisting there were no differences in animal welfare between systems where pigs and chickens live inside sheds for the whole of their lives, or some dairy cows never graze outside, and systems such as free-range, RSPCA-assured and organic.

A move to the positive idea of “gold standards” in farming will revolutionise the prospects for farmers working to higher standards, such as Linking the Environment and Farming (better for wildlife), RSPCA-assured higher welfare, and organic – and, crucially, for those thinking of making a similar move.

Farmers will be free to talk about differences in standards and quality in farming, just as they do in other industries.

Organic farmers are often criticised for saying organic food is produced to higher animal welfare standards, and contains more beneficial nutrients, even though the scientific evidence to support these statements is clear.

UK sales of organic food have grown for the seventh consecutive year and there is a strong demand from overseas for UK organic products as markets also grow rapidly there. This presents a real opportunity for farmers.

Everyone buying food will welcome the move to more open, accurate information about what they buy. Farmers should welcome the opportunity to work together while acknowledging that different production systems do affect the quality of the food they produce and have different implications for animal welfare and the environment.