A Cambridgeshire farming couple has been left devastated after 10 of their sheep were mowed down by a car and killed in a sickening attack on their farm.

The sheep farmers went to check their flock on Sunday morning (23 September) when they discovered the carnage in a field in Twenty Pence Road, Wilburton, near Ely.

Eight sheep were found lying dead and a further two had to be humanely put down due to the seriousness of their leg injuries.

“When we went to check the sheep, the electric fence had been run down. The sheep were scattered up the field,” said the farmer, who asked not to be named. 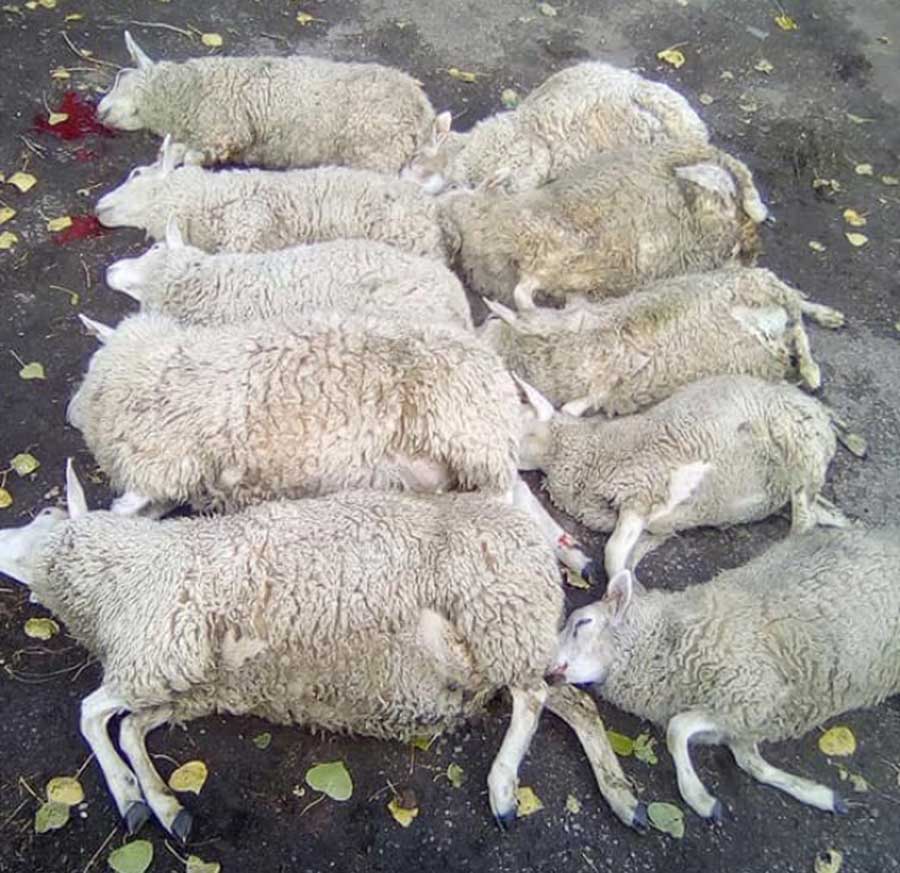 “In the past we have had dog attacks but we can see clearly they have been bowled over by a vehicle.

“It’s senseless. We can’t get our heads round it. Not only is it cruel to the animals but there is also a financial loss as well.”

The Ely Standard reported that with 10 sheep dead and a further two unaccounted for, the incident will cost the farmers about £2,500 in lost earnings.

The couple, who farm 500 breeding ewes alongside cattle, have moved the remaining 93 sheep to a different field until the broken fence can be repaired.

A spokesman for Cambridgeshire Constabulary said: “We’re appealing for information following an incident this weekend near Wilburton where 10 sheep were killed.

“Between 4pm on Saturday [22 September] and 9am Sunday [23 September], a vehicle was driven into a field near Twenty Pence Road, killing eight sheep and injuring two others that later had to be put down.”