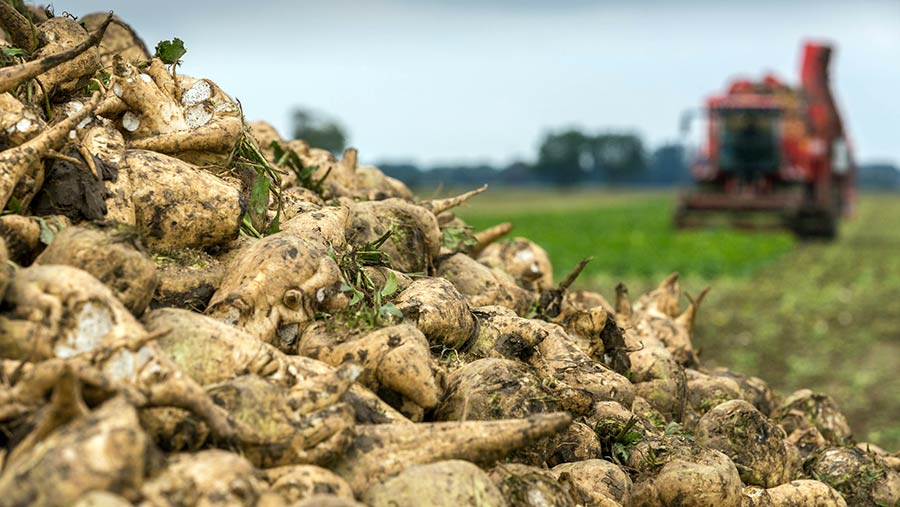 A top London chef is serving up sugar beet to diners in his restaurants.

Mark Hix, whose restaurants include eateries in Mayfair and Soho, says sugar beet has a natural sweetness and a nice, firm flesh – making it a “very versatile vegetable”.

Sugar beet should be considered an ingredient much like swede, turnips or parsnips – or even its close relative the beetroot, he suggests.

See also: No such thing as British sugar, says retailer

“It is grown in some areas for the production of sugar, but not commonly used in the kitchen,” Mr Hix wrote in his column for the City AM newspaper. “Heaven knows why, it’s great.”

Mr Hix says he started cooking with sugar beet after a day out shooting with friends.

“I often find myself standing in a field of the stuff while shooting and a few years back I popped a few heads into my cartridge bag and took them home to experiment with.

“I made a delicious pickle using Indian spices. I pickled some more in cider vinegar and roasted the rest like you would swede and parsnip.

“I’ve asked some of our rural suppliers to source it for the restaurants and it now makes its way on to the menus in various forms.

“It’s particularly good with wild or tame duck, or as a chutney to serve with cheese.”

“You won’t find it in the shops, but you may well have a country residence with a nearby farmer – I’m sure they won’t mind you borrowing a head or two to cook with.”

Cambridgeshire grower Michael Sly, who is also chairman of the NFU Sugar board, said the idea of eating beet as part of a meal sounded appealing.

“I’ve never thought of using it as a vegetable – we need to meet him and try it,” he said.