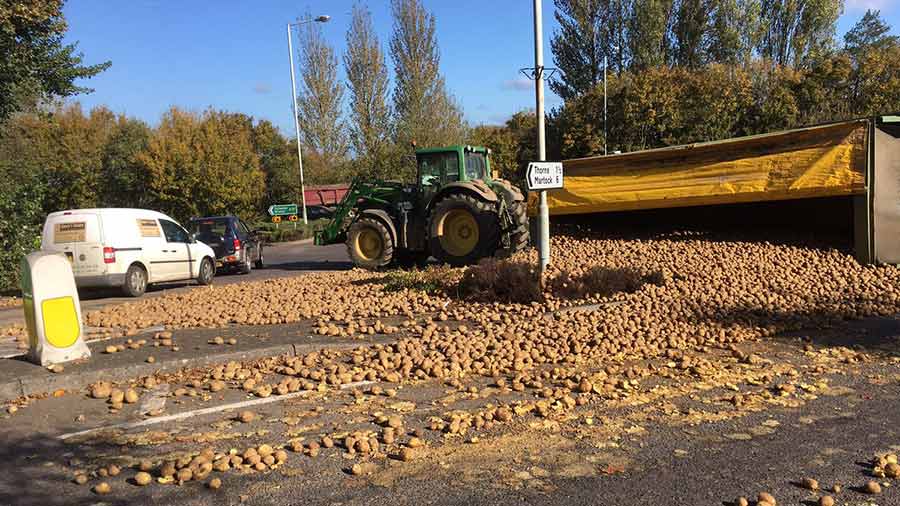 A busy A-road in Somerset was closed for more than an hour after a tractor-trailer full of potatoes overturned and shed its load.

The accident happened at the Combe Street Lane roundabout on the A37 at about 1pm on Monday (22 October).

The driver of the John Deere tractor was negotiating a roundabout when its trailer slid over, spilling hundreds of potatoes on to the road.

Police had to close the road for about an hour to allow highways workers to clear the scene. No one was injured in the accident.

One local told Farmers Weekly: “It was a local farmer transporting the potato harvest. There were three tractor-trailers driving together and the middle one shed its load.

“The A37 is a busy road, which takes you out to the A303. There was restricted access to motorists for well over an hour at a busy time.

“Thankfully, no one was injured. But it could have been really serious if a car had been travelling on the inside of the tractor.”

A spokesman for Avon and Somerset Police described the accident as “a very minor road traffic collision”.

He added: “We facilitated the road closure. The road owner, the county council, dealt with the clean-up.”