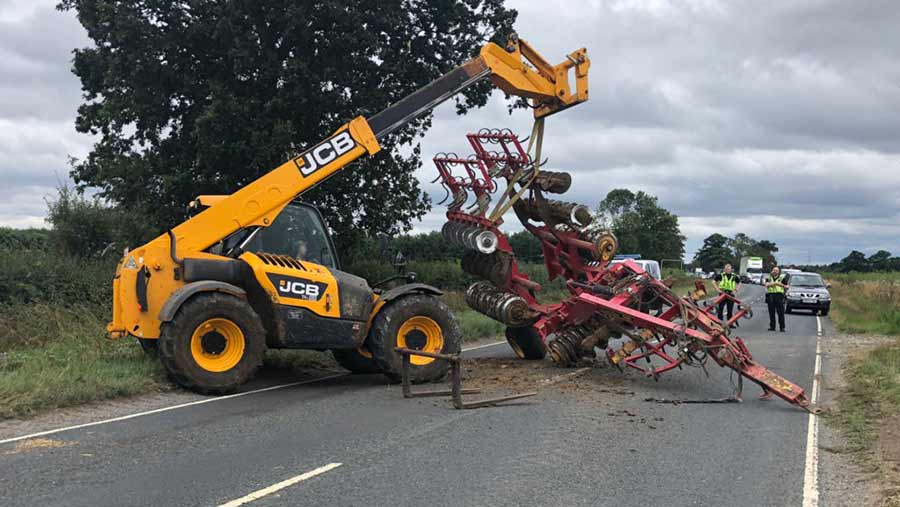 Police have released this dramatic image of the aftermath of a tractor crash as a warning to drivers to take extra care when using rural roads.

A tractor driver had to swerve to avoid a car, causing the cultivator it was carrying to fall off into the road.

As a result, the A169 road near Malton was blocked in both directions on 14 August, causing delays to motorists.

The tractor driver arranged for a JCB telehandler to attend and clear the cultivator, and the road was clear in less than 30 minutes. No one was injured.

It was not the only disruption motorists encountered on the A169 that day. Earlier, a clutch of chickens were found wandering on the road near Pickering. Officers attended and helped members of the public round them up.

A spokesman for North Yorkshire Police said: “From poultry to ploughs, these incidents just go to show the unexpected hazards that drivers on North Yorkshire’s rural roads can encounter.

“We’re grateful for everyone’s patience while we sorted things out. Remember to read the road ahead, and expect the unexpected, so that everyone gets home safe.”