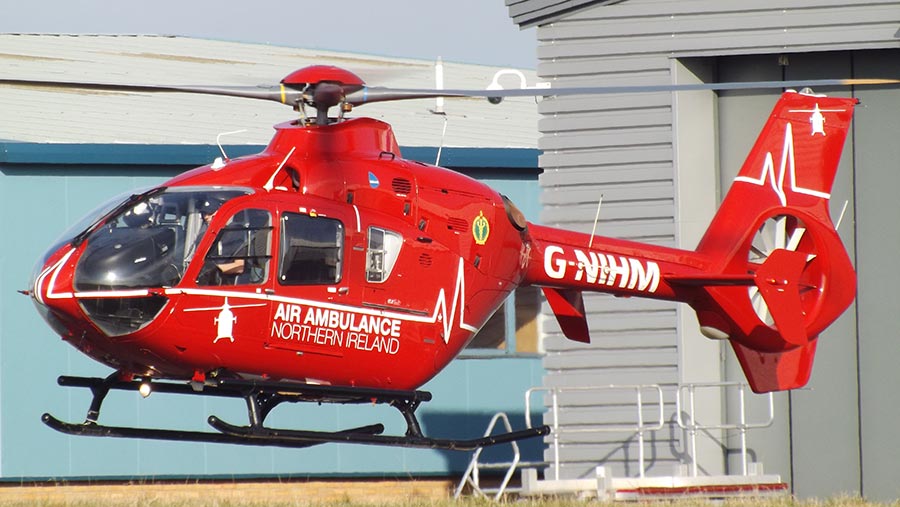 A Northern Ireland dairy farmer has died 11 days after being injured while mixing slurry on his farm.

Seamus Conroy, who farmed near Keady in County Armagh, died in hospital on Wednesday 6 October following the incident on 25 September.

According to the NI Ambulance Service (NIAS), an emergency crew and hazardous area response team provided treatment at the farm before Mr Conroy was airlifted to the Royal Victoria Hospital in Belfast.

He received further treatment during the helicopter flight from a second crew of specialist medics.

However, a statement from Police Service Northern Ireland confirmed: “A man has died in hospital following an incident at a farm in the Keady area on Saturday, September 25th.

“The death is not being treated as suspicious, and the Health and Safety Executive (HSE) NI has been informed.”

The announcement prompted tributes from the local community, where Mr Conroy was known as Seamie.

Speaking to a regional newspaper, local councillor Thomas O’Hanlon said his death had left a dark cloud over the area.

“Seamie was one of life’s great characters. He was decent to the core, he was a genuine, hard-working and well-respected family man,” said Mr O’Hanlon.

“The Conroy family are one of Tassagh and indeed Granemore’s oldest families. They are at the heart of the community and no matter what’s going on, they are there giving their all.”

Although details of the incident leading to Mr Conroy’s death have not been established, HSENI has issued a reminder to farmers to follow the slurry mixing code.

“Mixing slurry can be a dangerous job as the gas is released very quickly and in large quantities as soon as the mixing starts. The first 30 minutes are the most dangerous,” a spokesman said.

The reminder explained that slurry contained a mixture of gases, including the extremely poisonous hydrogen sulphide.

“Even a low concentration of hydrogen sulphide can knock out your sense of smell, so you won’t even know it’s there,” the spokesman said.