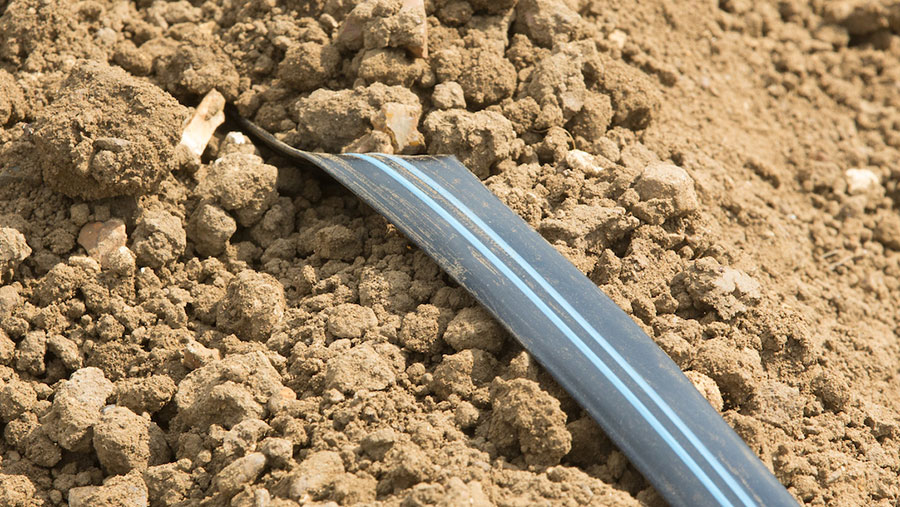 Operators of trickle irrigation systems will have to apply for a water abstraction licence from the start of 2018 under rules announced this week.

Defra and the Welsh government announced plans to end water abstraction licencing exemptions in England and Wales to allow regulators to manage water more effectively following a consultation in 2016.

Currently exempt operators – primarily users of trickle irrigation for horticulture – will need to apply for a licence from 1 January 2018.

See also: All you need to know about water abstraction licensing reform

Farmers will have two years from this date to apply, and will need to be able to demonstrate the water usage being applied for is consistent with their historic water use, dating back to 2010.

The Environment Agency (EA) will then have three years to determine the application. The government has promised to employ a “light touch” approach to applications following pressure from the NFU.

The NFU said the EA has promised to produce guidance on the type of evidence needed to justify the need for water and prove historic use to support the application.

It expects most, but not all trickle irrigation users to be offered a licence if the abstraction is not thought to be environmentally unsustainable.

The NFU is also concerned new licences to allow abstraction from surface water sources will be subject to flow constraints to protect rivers during dry and drought conditions.

It said it will closely monitor the agency’s licensing determination process and is now calling on the government to focus on ways to help farmers cope with future water shortages for irrigation by reducing and removing fiscal and regulatory barriers to reservoir construction projects.