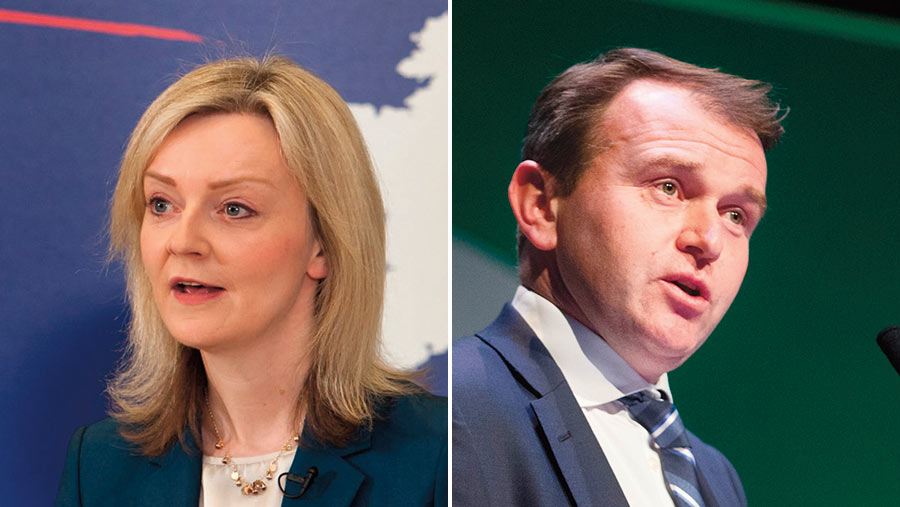 Defra ministers embroiled in a battle over whether British farmers would benefit from the UK leaving the European Union have ramped up their war of words.

With less than four weeks left before voters go to the polls for the in-out referendum on 23 June, Defra secretary Liz Truss and farm minister George Eustice are increasingly at loggerheads over whether the UK should stay or leave the EU.

The widening gulf in views expressed by the two politicians has made it harder to distinguish between official and unofficial Defra policy. Various industry insiders described the situation within the department as “difficult” and “tricky”.

Speaking after last week’s Devon County Show, Mr Eustice – who is campaigning for Vote Leave – claimed Brussels was putting pressure on the government to designate the whole country as a nitrate-vulnerable zone (NVZ) – with major implications for the way farmers manage their land.

“If we remain locked in the EU, farmers are exposed to unpredictable risks of new regulation,” said Mr Eustice.

“The EU is piling on the pressure to force us to subject more farmers to the clunky rules required under NVZs and this could hit farmers hard.”

Outside the EU, the UK would financially incentivise farmers to join accredited catchment-sensitive farming schemes, said Mr Eustice. “These could be tailored to local circumstances so they really delivered for the environment without damaging the farming industry,” he said.

Mr Eustice’s comments are in stark contrast to assertions by Ms Truss, who wants the UK to remain within the EU. If the UK stays, farmers could benefit from billions of pounds in extra EU funding to grow their businesses, she told industry leaders and banking experts on Tuesday (24 May).

Ms Truss said: “Unlocking access to our share of €360bn [£273bn] of European funding will help unleash the talent and ambition across our world-leading food and farming industry – from supporting punchy start-ups to developing the very latest technology in production methods.”

During the past month, Ms Truss has also warned that leaving the EU would be a major threat to the UK sheep industry, risk £850m in cross-border farming exports from Northern Ireland and put Scotch whisky exports “on the rocks”.

Mr Eustice disagrees. UK farmers would be better outside the EU, he said. Asked whether he was speaking as a Defra minister, Mr Eustice added: “I am always speaking in my capacity as a minister – but this is uniquely a situation where the government is divided.”

A Defra spokesman said reducing nitrate losses was a priority, but suggested the UK would still decide the extent of NVZ designations. “We are reviewing areas that qualify as nitrate vulnerable zones and decisions will continue to be based on our own scientific evidence.”

The spokesman added: “What is clear is our food and farming industry will be better off in a reformed EU, with easy access to the world’s largest single market of 500 million consumers, which accounts for 60% of our food and drink exports worth £11bn.”