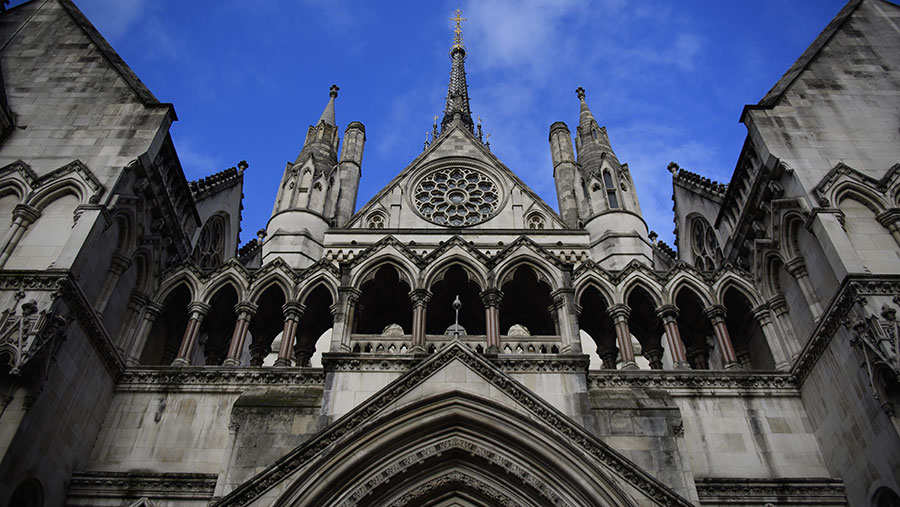 Two brothers have won £350,000 worth of land following a dispute at the High Court over a farming inheritance.

Matthew and James Wills have together been awarded 20ha of Gilmoor Farm in Harrogate, North Yorkshire, plus the associated outbuildings and barns.

Both worked on the land for decades and were promised they would inherit it by the deceased, Anthony “Tony” Sowray, for many years, the court was told.

See also: Land and property: Why inheritance promises can end in court

The deceased’s estranged daughter, Claire Sowray, inherits the £150,000 farmhouse and will have to pay the costs of the litigation.

Mr Sowray owned and lived at Gilmoor Farm, which consisted of about 20ha comprising grazing land, a farmhouse and various barns and outbuildings, totalling about £600,000.

The case arose after Mr Sowray died without a will in place, automatically leaving the entire estate to his daughter through intestacy law – despite Matthew working on the farming estate for more than 20 years and James having been promised the plot of land where he had built his home.

Matthew was heavily involved in the farm and had been promised the land when Mr Sowray died. As a result of this assurance, Matthew undertook all of the work on the farm.

James had a separate agreement with Mr Sowray that he would give him his Jeep in exchange for a plot of land – which he would receive on his death – where James already lived with his wife in a log cabin.

None of these agreements were made in writing.

In his later years, Mr Sowray began to develop more of a relationship with his estranged daughter, Claire, and made clear to Matthew that he intended to leave the farmhouse to her.

The court heard that he and his daughter only met in person when she was 22.

Ms Sowray claimed that her father had intended the entire farm to be hers and that they had made business plans together for the farm.

However, the Wills brothers argued that by the time Mr Sowray became reconciled with his daughter, the promises he had made to them had made their livelihoods entirely reliant on them.

Mr Sowray was therefore not entitled or free to go back on the promises he had made.

The brothers were successful in their claim for proprietary estoppel – a promise to receive an interest in land or property made by one person to another.

A judge ordered the transfer of the land to Matthew and the plot to James following the hearing at London’s High Court in March.

Speaking after the case, Paula Myers, of lawyers Irwin Mitchell, who represented the Wills brothers, said the case was “slightly unusual” as it involved long-term friends instead of family members.

“Tony had told them on many occasions that the land would one day be theirs,” she said.

“Many witnesses had to give evidence about the brothers working on the land and about the promises that were made to them over many years.

“It goes to show the outcome of a case must be determined on a case-by-case basis, and that there isn’t one-size-fits-all solution.”

The full judgment can be found online