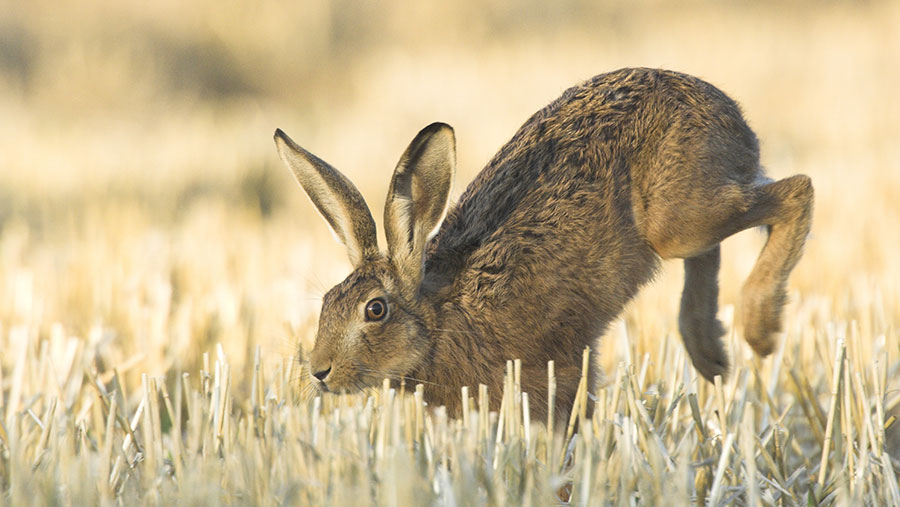 Two men have been fined a total of £1,000 after they were caught trespassing and hare coursing on farmland in Wiltshire.

A green Ford hatchback was spotted on farmland in Bishops Cannings on 14 January and several men, believed to be hare coursing, were seen with dogs in the area, the court heard.

See also: Hare coursing – What you need to know if your farm is targeted

When they were confronted by the landowner, the men began to shout abuse before speeding off towards Horton.

Two of the men ran across the farmland towards Bishop Cannings.

After arriving at the scene, officers from Wiltshire Police’s rural crime team spotted the two men who then attempted to escape by running in the opposite direction.

Police caught up with the pair and they were arrested on suspicion of daylight trespass in search or pursuit of game.

Speaking after the sentencing, PC Marc Jackson, of Wiltshire Police, said the rural crime team had been working hard with members of Farmwatch and landowners around the Pewsey Vale area to disrupt and deter coursing and poaching activity over the past year.

“We are really pleased with the outcome of this investigation which saw a sizeable fine for the offenders in relation to daylight trespass offences under the Game Act,” he added.

“There is no doubt that damage to farmland, farm property, threats and intimidating behaviour towards farmworkers is having a negative impact on the farmers and gamekeepers quality of life within Wiltshire.”